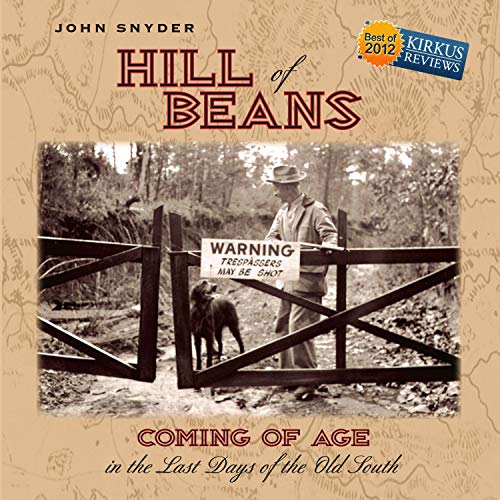 By: John Snyder
Narrated by: Chris Abernathy
Try for $0.00

John Snyder's memoir of growing up the the Depression era south evokes a time gone by. It is written with affection and non-judgmental understanding of people dealing with hard times, sometimes with cruelty, sometimes with violence, including an unsolved case of arson that changed the author's life. In three parts, it is about early childhood among North Carolina mountaineers, living for a time with two eccentric aunts, and growing up on a sharecropper farm before the author went away to the University of Chicago.

What listeners say about Hill of Beans