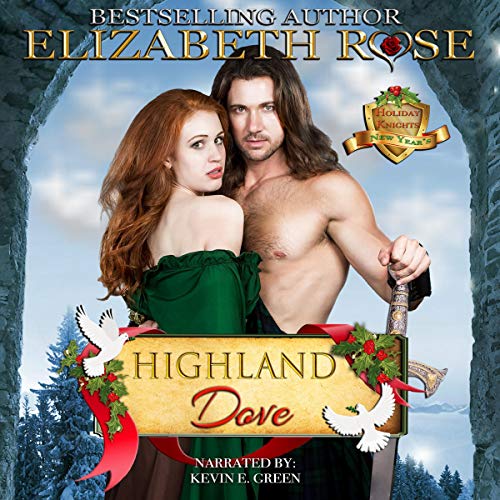 Will an imprisoned Highlander make it home in time to marry his betrothed?

Mari Stewart has been betrothed to Duncan MacLean, preparing to marry him on Hogmanay - New Year's Eve. But before that happens, Duncan leaves to fight the English. With only the two turtle doves he's left her as a promise, she anxiously awaits his return. When he fails to return, she is unwillingly betrothed to another.

Duncan MacLean is captured by the English and sits in the dungeon with his brother, waiting for his clan to rescue him. When it doesn't happen, he risks his life, taking matters into his own hands to escape and return to the Highlands and the woman he loves. But things don't turn out as planned, and back at the clan he  finds he's already lost Mari to another man.

Can true love between two people be everlasting like the turtle doves that mate for life? Or will deception win over a promise of becoming man and wife?

That will melt your heart and make you cringe.
It isn't fair to love someone so much and have them taken and then be forced to marry someone you hate.
I felt so sorry for Mari.
Kevin Green does another wonderful job narrating.

Duncan - Left to fight the English but promised to be back by Newyears to wed his betrothed
Mari- while her betrothed was gone was forced to wed another.
I enjoyed this intriguing story with twist that left me on the edge of my seat. Their story has a loving HEA.
Narrated by Kevin E. Green who did a fantastic job in telling of the story with unique voices for each character.

Elizabeth Rose has written Highland Dove. It is an excellent audiobook. I enjoyed listening while I refinished my fireplace mantle.

Elizabeth has written another exciting story. I love the animals she writes into the tales. This time it was two turtle doves. I had to laugh when the big burly Highlander dressed up like a woman.
Kevin E Green is a wonderful narrator! His accent makes the story seem like you are watching the story unfold in the Highlands.

Elizabeth Rose what a great book!

Mari Stewart was promised to Duncan MacLean in
marriage. Duncan had to leave to go fight the
English. Duncan and his Brother Angus was
thrown into a Dungeon by the English.
This book has betrayal, kidnapping,
true love. It will keep you
spellbound wondering what's next.

Loved every second of it. It was short and sweet. This 4th book of the series Holiday Knights had characters of previous series like Storm MacKeefe of Madmen MacKeefe. I love it when Elizabeth Rose includes someone from previous books. The narrator was brilliant as always. I love Kevin Green. Looking forward to more of Elizabeth Rose's books as I've listened to them all now and enjoyed every one of them. And will listen to them all again. Can't wait for Aaron to be released, book 3 of the Pirate Lord's series.

I love historical romances set in Scotland. Mari and Duncan make a wonderful couple.
They are in love when the story starts and planning to be married. Their romance and future, and the clan itself, is threatened by betrayal from within The MacLean clan. Their plan to defeat this evil foe is exciting and humorous.
Their means of communication as they planned? Two Turtle Doves. Duncan’s always hungry bother Angus adds more than his share of humor in his part of the plan. They are joined by Mari’s clan and Storm and Aidan MacKeefe. Maybe Callum will show up with some Mountain Magic to celebrate or ease the pain. This is the New Year’s story in the Holiday Knights Series. A great read. I suppose not everyone wants drawn-out violence in a romance novella, but just a little more of a conflict would have made it more believable. The little bits of trivia surrounding Hogmanay were really interesting.

This book was excellent. The story is fantastic and was narrated beautifully. Mari is promised to Duncan and New Year’s Eve
Is the date which the couple have chosen to be their big day. Duncan had to fight for the English so he gave Mari a gift of two turtle doves. Then as Duncan didn’t come home an evil member of their clan made himself laird and forced Mari to marry him. Mari only ever wanted Duncan there was never another man. She had kept her virginity for her wedding night. Now the monster had married her and he threatened he would have her that night.
She escaped the castle with a gypsy lady who took her to a pub. Where they found Duncan and his brother who had broken their way out of jail. So between the gypsy, Duncan, Mari and his brother they had to think of a plan to trick the evil laird and
Later kill him. This story was engrossing and I really didn’t want it to end. The evil lord of course got his comeuppance
And suffered for the evil he had shown the people around him. Well done Miss McQueen. This is a wonderful book.