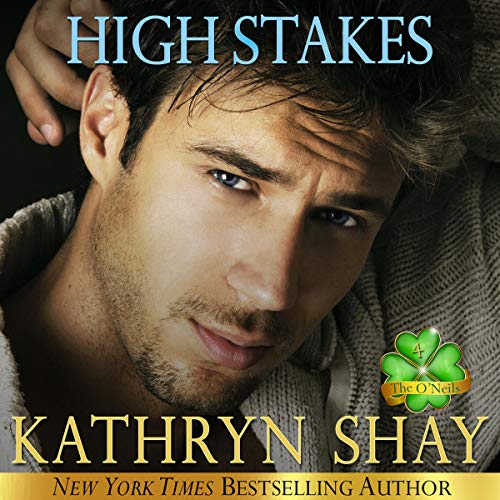 Back by popular demand…The O’Neil Family. Get the book readers have been begging for - number 4 in the O’Neil series!

Dylan O’Neil’s Achilles heel is his family. He’ll do anything to protect them. Rachel Scott, a cable newscaster, seems to offend and even hurt the O’Neils with her coverage of them. When Dylan exposes her irresponsible journalism in one of his popular columns for a local magazine, Rachel is furious and accuses him of bias and vindictiveness. Forced by the heads of both news agencies to resolve their differences, Dylan sees another side to Rachel, one with more warmth and depth than she displays to the world. And she finds him to be a caring man who safeguards those he loves. Attraction between them flares out of control, and they are drawn deeply into each other’s lives. But with the entire O’Neil clan against them, can they ever have a lasting relationship?

Set in the colorful world of New York City, the politics of Washington D.C. and war scenes in Syria, High Stakes takes the reader on another journey with those wonderful O’Neil men.

What listeners say about High Stakes

Dylan and Rachel have a tumultuous relationship. She had created a lot of the rift with her overzealous reporting but once they are forced together will they find true love?

The final book in the series.

Which character – as performed by Jeffrey Kafer – was your favorite?

It was good to hear more about the other characters in the series. In addition it shows a family that loves and supports each other even when they disagree.

The series introduced Rachel as a self serving reporter without ethics who endangered others to get a story and climb the success ladder. This book glosses over this and wants the reader to believe that she was misunderstood and a victim of her family belittling her.

Loved seeing how the author would bring these two together. A great read with the family all making appearances. This is a great family series read.
Narration was terrific too.