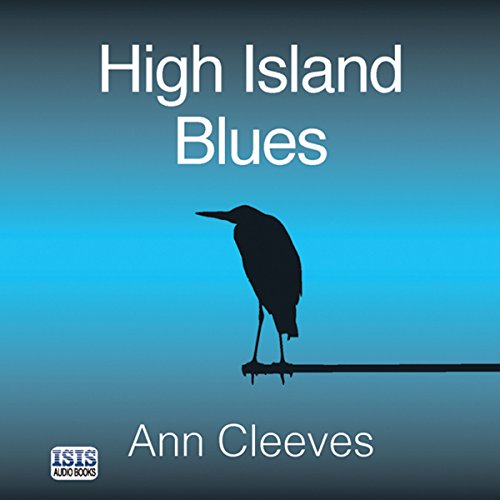 By: Ann Cleeves
Narrated by: Seán Barrett
Try for $0.00

Rob's tour party is hoping for spectacular sights at High Island on the Upper Texas coast. But as the birds descend, the party is greeted by a far more shocking sight - the dead body of Mick Brownscombe. Back in Britain, PIs George and Molly Palmer-Jones are working on a minor fraud case in which the name of Brownscombe Associates has also cropped up. So when George receives a desperate transatlantic call from his friend Rob, he is on the first plane to Texas.

A little long winded but worth reading

Ann Cleeves draws her characters well - they all have their own personalities - which I like and they behave as one would expect. The story was good and I enjoyed the book overall. However it did seem to be a little slow moving, and I wasn't thrilled by the relationship between George and Molly - they seemed to be a bit 'picky' for a husband and wife team.

Difficult to believe that this tedious novel was written by the author of the Vera and Shetland series.

Slow to start with but once it captured my attention I was hooked, didn't guess the ending.

I just find it hard to believe it's written by the same person who writes the Shetland series books (which I enjoy) or the ones with Vera Stanhope (also good).

I found the beginning confusing as there are several threads set in different locations but they do come together into one story after s couple chapters. The voices for the characters were very good and the story worked out well I hope George & Molly are at the beginning of a new series.

I didn't really get inro this one. It was OK, but I didn't care what happened. I don't think Ann Cleves' birdwatching books are anywhere near as good as Vera or Shetland. The characters aren't likeable or interesting - especially the main ones. I think I'll just stick to her other series in future.

Not the usual Ann Cleeves

It took me a while to get into this book, but it was an interesting read and I'm glad I persisted.

This is not a Vera Stanhope

This book is from the Palmer-Jones series, despite the manner in which it has been advertised.