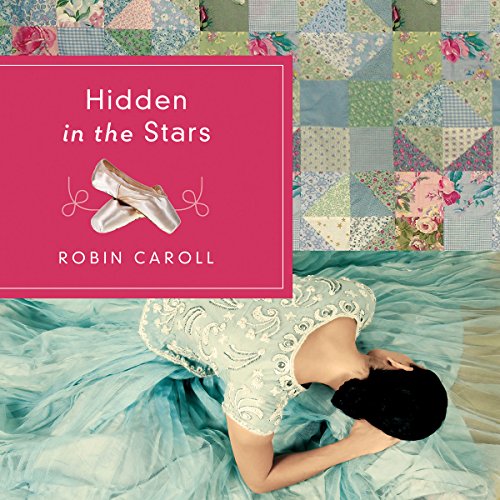 Hidden in the Stars

By: Robin Caroll
Narrated by: Lesa Wilson
Try for $0.00

Following an attack that killed her mother and stole her ability to speak, 21-year-old Sophia Montgomery has no choice but to accept her estranged grandmother's offer to return to their family home. Although detective Julian Frazier is working hard on the case, Sophia unknowingly frustrates him because her inability to speak thwarts her eyewitness evidence. The fact that Julian is undeniably attracted to Sophia doesn't help either, so Julian hides his feelings as concern for a trauma victim and focuses instead on finding the killer.

Little do they know, the clues to solving the case may be right in front of them, displayed in Sophia's mother's "special" quilt design. Who will realize the secret Sophia's unwittingly been hiding in plain sight? When the truth comes to light, will Sophia find her voice again? Or will the murderer - still at large - silence her forever?

What listeners say about Hidden in the Stars

I like the story very much. The narrator had a nice voice, but she couldn’t perform the characters. That’s a shame because that would’ve made the book great.

Great plot at first….too much religion

The story line is good- especially the opening which snags you right in. But then it takes the whole “god will only pull me though this horrific thing” while also ringing the anti-abortion bell. Once that happened, things took a turn for the worse and overall story suffers.

Some people may like that, but personally I’m tired of the “god will bring us together even though we both have survived horrible traumatic events which we won’t seek therapy for… just rely on god.” And “the hero turned away from god while the heroine stays faithful and being him back to god” tropes.

Thanks but no thanks.

A Beautifully crafted storyline which I enjoyed very much. Ms. Wilson narrates each character admirably. I look forward to hearing more of Ms. Carolls' books.

Great story, gripping from the start

I really enjoyed this story from the start! Great story, narration and great performance! Fair warning, I listen to audiobooks at about 1.5 so if it doesn't sound as good at regular speed, speed it up some. 😁😁

Hidden in the Stars

This was a very exciting story of murder and mystery as well as budding romance. The. 5 stars. are for the climatic second half of story. I thought I knew but I really didn't know the outcome. I would definitely recommend this audio.

Beautiful story without a voice

Great story in spite of the missing voice. Standing in the gap when we need it most is so well portrayed here. Loved the storyline and the twists. Great job to the narrator.