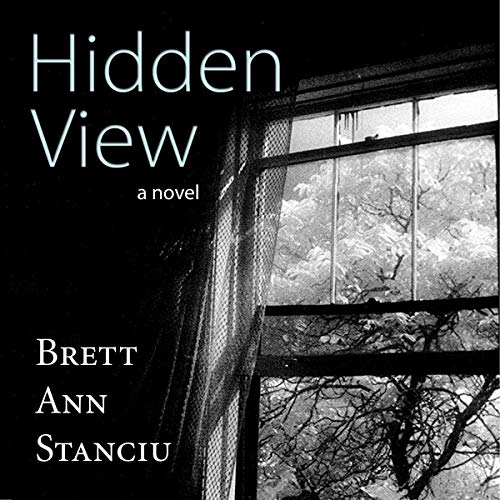 By: Brett Ann Stanciu
Narrated by: Suzanne d'Corsey
Try for $0.00

Hidden View is a short novel set in the Vermont agrarian landscape, a story of Fern Hartshorn, unworldly and unexpectedly pregnant at 19. Marrying an older man she barely knows, Fern begins her adult life on an isolated and hardscrabble farm named Hidden View.

Shortly after the birth of her daughter, the future of the farm is jeopardized by a family dispute over ownership between her husband and his brother, Lucien. Unwillingly, Fern is torn between the two brothers, bound to Hal by marriage, child, and a modicum of economic stability, and to Lucien by companionship and a deepening desire.

This novel embodies the geography of Vermont. The mountainous landscape suffuses the novel with its mark upon characters through spring mud, the lavish profusion of summer, winter’s bitter starkness, and its constant, ineffable beauty. Just as the landscape seasonally transforms, the characters of Hidden View reveal themselves through action and dialogue.

Thus, in a snowstorm, while a young child pleads for a toasted cheese sandwich, Fern struggles with her deteriorating marriage and rising desire for Lucien, struggling at the uniquely human place of how, and why, to choose her course. Lyrically, the language and metaphors arise from the setting, complementing the novel’s integrity.

Hidden View's characters are vivid, written without disdain or cliché, distinctive to the setting of this Vermont farm and its particular family fracas. The listener wants to know what happens to these people in their troubled lives. The ending, while lucid, casts the listener back to the vagaries of life.

Fern writes, “I was so young then, so ripely full of blood and milk and desire and work. I was so young I believed my heart might freeze and thaw and blossom. How little I knew that cycle would repeat over and over and over, that our life, while brief and mortal, is also long and tedious and bound to the constraints of our weak flesh.”  Therein lies the tension of Hidden View: the corporal versus the spiritual world, and that in-between of human activity and choice. On a small farm in Vermont, that story unfolds.

What listeners say about Hidden View