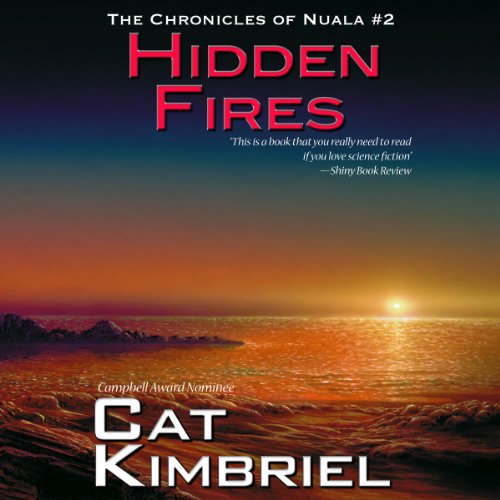 He had spent a hundred years seeking the woman called Silver; he still didn’t know if he was going to kill her.

Garth Kristinsson’s parents were free - traders, the aristocracy of con artists, able to fleece the dishonest with their own greed. But his father’s last scam went horribly wrong, and at the last, both his parents were dead. Garth wanted answers no authority could give him, so he searched for decades for any clue, any lead on his father’s partners-in-crime. One of them still lived - he would find her on the mysterious planet Nuala.

Nuala...planet of deadly radiation levels, humans who heal by touch, and the rarest platinum group metal in the known galaxy. “Silver” is Darame Daviddottir, a famous free-trader who is now a citizen of Nuala - her husband, Sheel Atare, leads one of the planet’s most powerful tribes.

Together they have brought an uneasy peace to a world racked by sterility, intrigue, and unimaginable wealth. For the first time in countless generations, Nualans are actually working together, their council a voice for interstellar trade and a sounding board for inter-tribal cooperation.

But the new ruler of Atare’s ancient enemy is a spoiled and arrogant genius named Rex Dielaan. When off-worlder Garth meets aristocrat Rex, it is a meeting of two con artists ripe for mischief...and maybe murder. Two misplaced quests explode into a conspiracy of death, treason, and abduction. There’s a plan afoot leading toward war, and it threatens Nuala’s peace, Atare’s prosperity...and Silver’s life.

What listeners say about Hidden Fires