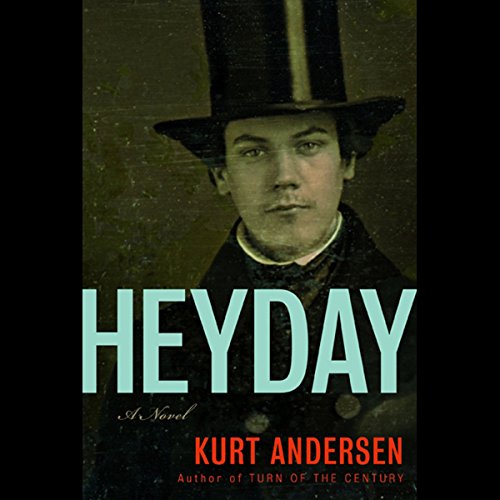 During one monumental month in 1848, gold is discovered in California, the United States wins its first foreign war, rebellion erupts throughout Europe, and an eager English gentleman named Benjamin Knowles plunges into love with the strong-minded New York actress and part-time prostitute Polly Lucking. He also meets her brother Duff, a dangerously damaged veteran of the Mexican War, and befriends the unforgettable Timothy Skaggs - journalist, daguerrotypist, mischief maker, stargazer.

As they set out on a wild, extraordinary transcontinental race west, lured by the prospect of easy wealth and new beginnings, they are unaware that a stranger bent on revenge shadows their every move.

Where's the buzz on this book?

I'm surprised we haven't heard more about this book. It's chock full of interesting characters doing interesting things at one of our country's most interesting time periods. It's really an epic novel and I enjoyed every minute of it.

Kurt really hit the nail on the head with this story that routes you through the mid 1800s from Europe to New York through the Midwest on to Gold Rush California. In many scenes readers meet real people like Darwin and Walt Whitman. The story uses characters you will be able to recognize and who do amazing and ordinary things. I wish it wasn't over.

Yawn. Forgetable characters, predictable plot, I kept finding my mind wandering, and worse, it wasn't necessary to rewind, since much of what transpires has no real plot impact. Well researched, but the story just isn't interesting. AND the narrator is over the top, way too dramatic and his many accents are pretty awful.

Wow this was good!

I loved this book. It was a nice road trip across the America of the late eighteen forties,

Favorite novel in a long time

I fully expected to enjoy this book up to the last moment (if not beyond that last moment). Unfortunately, I, like Nancy, felt this book was rather predictable and, overall, dull. While it did have its exciting moments and did allow me a wonderful glimpse in to a specific time in to American history, it all fell flat for me. The narrator was enjoyable, however, and I enjoyed his voice.

This is the only audio book I have ever not finished. I had about 2 hours left and I simply could not stand it anymore-so I deleted it and do not feel I missed out on much.