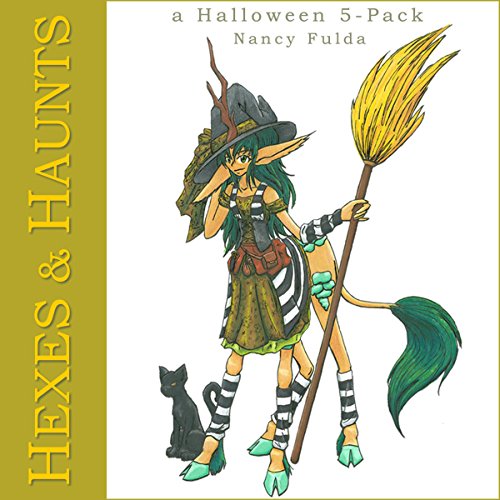 By: Nancy Fulda
Narrated by: James Leighty
Free with a 30-day trial

Award-winning author Nancy Fulda presents five stories of ghosts, witches, vanishing chocolate, and haunted pumpkins. Two of them are humorous. Two are thought-provoking. And one of them might just keep you up at night.

In "Hexes and Tooth Decay", a grumpy rock fairy crosses paths with an impolite witch, and trouble ensues. Two brothers release an ancient curse in "The Scream". "Ghost Chimes" tells the story of an orphan, her mother, and a most unusual type of haunting. Felipe sets out to catch a candy thief in "The Half-Life of Chocolate", and in "Like Rain From Silver Skies" a teenage girl is obsessed with the mysterious red letters that appear on a wall near her home.

Nancy Fulda is a Phobos Award Winner, a Vera Hinckley Mayhew Award recipient, and a Jim Baen Memorial Award winner. This collection includes three stories that have never before been released in ebook format.

What listeners say about Hexes and Haunts