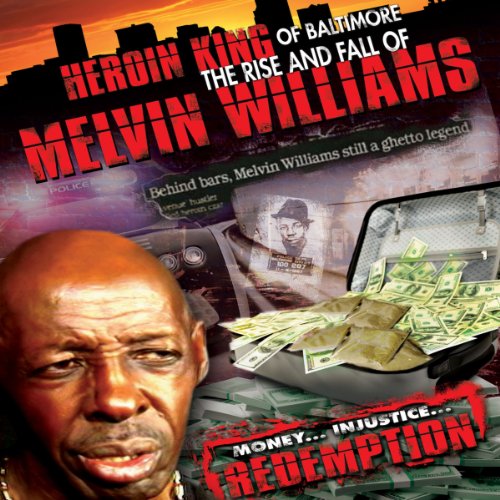 Melvin Williams was the heroin king of Baltimore who amassed nearly a half billion dollars during the '70's and early '80's. In the '60's, he was a genius gambler who, at age 12, played against gang members and crime bosses winning thousands of dollars. By age 15, Williams was a millionaire and had established himself as a figure on Pennsylvania Avenue during its heyday when top stars played the Royal Theater. After the Martin Luther King assassination, Baltimore City officials would call on Melvin Williams, age 27, to help stop the riots. Famous in Baltimore for telling the rioters to stop and go home, leaving the police bewildered that they didn’t have enough power to stop the riots even with the armed forces involved. However, the powers that be saw Melvin Williams as a threat, and would ultimately plan to frame him and put him behind bars. Former Baltimore Sun journalist, David Simon, remembers the exact quote that came out of the police department, "Any nigger that can stop a riot can start one, we need to put him in the penitentiary." For Melvin Williams this would mark the beginning of a long struggle that would ultimately end with him spending 26 years behind bars after being framed and incarcerated by a hypocritical society.