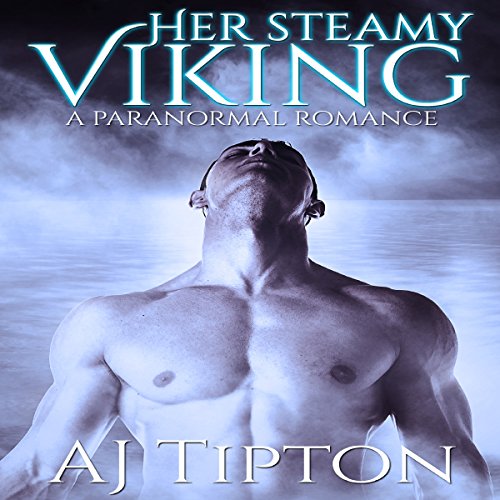 Her Steamy Viking: A Paranormal Romance

Her Steamy Viking: A Paranormal Romance

Over 1,000 years ago, a witch hexed four charming Viking brothers, each with one of the four elements. They still live with these curses today, doomed to suffer for their ancient crimes forever.

Bram is a blood-stained Viking warrior, fighting alongside his family to conquer the region. But when his family takes on the wrong witch, he is cursed for all eternity to be an invisible water wraith. Will the centuries of punishment drive him to madness? Or can he find someone who can help him fight his curse?

Audrey is a modern day American witch exploring her grandmother's secret Scottish cabin for the first time. When she is drawn to the beautiful waters of a nearby loch, she gets much more than she bargained for.

This sexy tale, for mature listeners, contains a spectral matchmaking grandmother, fun in the tub, and a witch whose touch might be just wicked enough to change everything.

Publisher's Note: Each book in the Her Elemental Viking series stands on its own and can be heard in any order.

Wow! I Really Enjoyed This Story!

Absolutely! This story is perfect for anyone who loves a complete, short story with no cliffhangers.

For a really short story, I liked the author stayed with one extended scene that was well written.

What does Audrey Lusk bring to the story that you wouldn’t experience if you just read the book?

This is the second book in the series, and I thought Audrey did a much better job narrating this story. Looking forward to hearing more from her.

Too short to be particularly moving but I felt this story had a great flow from how we learn of Bram curse to how the curse was broken.

Thank you A.J. Tipton! This was a great story!

A quick hot listen for if you don’t have much time but want to listen to a steamy book. This was a good addition to this series and am looking forward to more. The narration was wonderful again!

The Love of Water

A quick story of a viking being cursed by a witch, because he fell to help save the women and children his family were killing. Until the granddaughter of the witch reversed the curse tbrough sexual desires they had for each other. Simple read and minimal intercourse

Another hit by this author! Such an enjoyable, hot read! I did not want this read to end but alas all good things must come to an end.

This was a fun, interesting and hot read!

Perfect for readers of paranormal romance.

Loved the narrator. Such a great listen!

Bram was a viking with a conscious. Due to his mother's influence he didn't have the heart for plundering, burning and killing. However he lacked the back bone to stand up to his father and brothers.

His father and brothers picked the wrong village to rampage as a witch places a curse on them. Because Bram lacks backbone and is a "puddle"of a man he becomes a puddle of water.

Over a thousand years later a modern day witch inherits her Scottish grandmother's cabin. Will the curse finally be broken? Listen to find out.

This was a fun sensual unique short listen.


Audio book gifted to me by the author in return for a review.

This is a short, quick listen. I loved the every minute of it. The story of a punished man who has to find his way to being whole again! It was entertaining and a great follow-up from book 1.

Steamy is a good word for this book

If you could sum up Her Steamy Viking: A Paranormal Romance in three words, what would they be?

What does Audrey Lusk bring to the story that you wouldn’t experience if you just read the book?

Audrey is talented. AJ Tipton's book 1 and 2 of the viking series are the first I've listened to by Audrey. She has a very nice sexy voice for this kind of audio book.

I received this audio book in exchange for a review.

For a short story is was not bad a bit on the wired side. The narrator did a decent job. This audiobook was provided by the author, narrator, or publisher at no cost in exchange for an unbiased review courtesy of AudiobookBlast dot com."