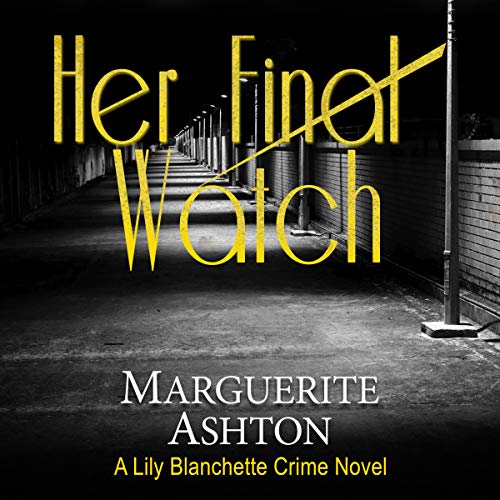 By: Marguerite Ashton
Narrated by: Renee Dodd
Try for $0.00

Speaking second-hand truths can be deadly....

Detective Lily Blanchette will stop at nothing to solve a murder. Her current case involves the killing of an undercover cop working to bring down the mob for prostitution and drugs. But Lily's usual laser-like focus on the case has been disrupted.

Two weeks earlier, she learned she was pregnant by her murderous husband whom she'd killed in self-defense. Unsure whether to keep her baby or place the child of this cruel man up for adoption, Lily keeps the pregnancy a secret from her colleagues.

Under mounting pressure to solve the case, Lily arranges a sit-down with a local mob boss only to find out her suspect is also wanted by them. But before Lily can warn her team, she and her new partner, Jeremiah, are shot at, and another body is found. When she discovers Jeremiah has a connection with the underworld, she is pulled into a conflict that swirls around the boss's son who's hell-bent on revenge. To add to the complexity of the situation, Lily learns that her victim might still be alive if it wasn't for opportunistic Assistant District Attorney Ibee Walters who has a twisted vision of justice. As Lily gets closer to finding the killer, she unravels ugly secrets that point to Ibee and Jeremiah - placing Lily's life and her unborn child in danger.

What listeners say about Her Final Watch