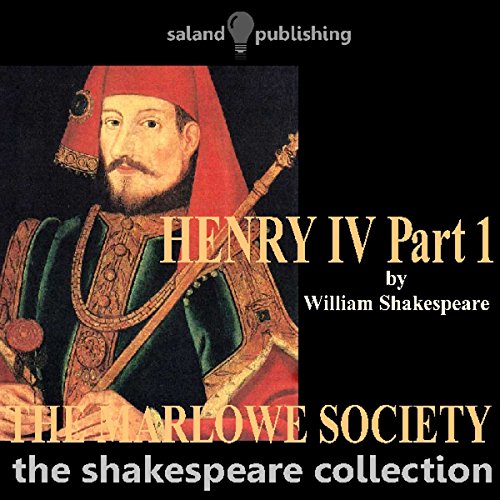 By: William Shakespeare
Narrated by: The Marlowe Society
Try for $0.00

The second of Shakespeare's tetralogy that deals with the successive reigns of Richard II, Henry IV, and Henry V. Henry IV, Part One depicts a span of history that begins with Hotspur's battle at Homildon against the Douglas late in 1402 and ends with the defeat of the rebels at Shrewsbury in the middle of 1403. From the start it has been an extremely popular play both with the public and the critics and this full cast performance is by The Marlowe Society.
©2001 Saland Publishing (P)2009 Saland Publishing

What listeners say about Henry IV Part One

This is a good, old school, rendition of the play; by old school I mean in the Gielguld style of declamation: clear and emphatic. Not sure what production issues the other person complained of, I found it worked well and suited my needs. A good choice if you don't want the Arkangel version.