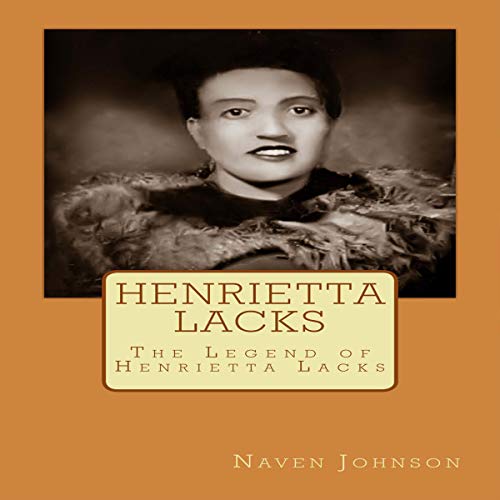 By: Naven Johnson
Narrated by: Chaz Kendricks
Try for $0.00

Who Was Henrietta Lacks? On a bright day of August 1st, in the year of 1920, Eliza and Johnny Pleasant brought forth a girl, Loretta Pleasant, who’s name was later on changed to Henrietta Lacks for reasons unknown to the family. As she grew up, she was given the nickname Hennie.

At four years of age her birth mother died of birth complications from her 10th child. Following the hardship of taking care of the children solely, after the demise of his wife, Johnny moved to Clover, Virginia. He then gave guardianship of his children to his folks.

Lacks moved in with her grandfather Tommy Lacks, in a two-story log cabin initially owned by her great grandfather and great uncle (it once served as slaves’ quarter on the farm). She shared a room with David "Day" Lacks, nine years old at the time. He was her cousin, who would later be her husband, and had been there since 1905.

What listeners say about Henrietta Lacks