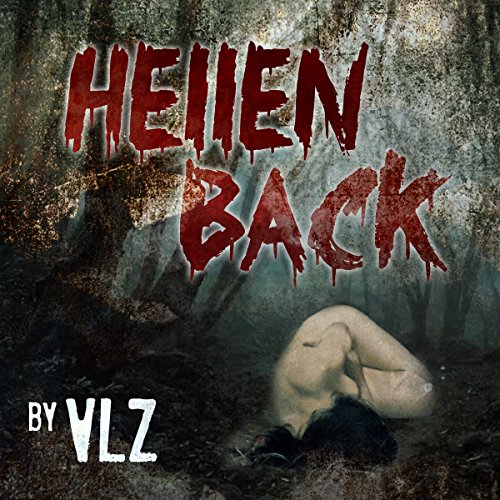 Jennifer Luck is finally getting away from her crazy-ass mother and that attic room. She is off to Kale University where even darker secrets lie in wait. Finding herself wrapped tight in a nightmare she cannot escape from, Jennifer enters a hell on earth she never knew existed. What is happening to the students at Kale? What darkness hangs in the balance inside Kale House?

When Kat and Allison, Jennifer's two close friends suddenly up and vanish, unanswered questions arise. Dean Hammer is hiding something and it is only a matter of time before Jennifer discovers the truth behind the disappearances of so many young women. The real question which haunts Jennifer Luck, is Hellen Back involved? What darkness can't hide, Kale University can hide. Tag along on a journey of self-discovery as a young woman who has had nothing but heartache finds herself. What does life have to offer when your life is hanging in the balance? Who will save your soul when your time is up?

This book never hooked me. The story had promise but half way through I was still waiting for anything interesting to happen. The characters are hard to relate to. The jumps between the kidnapping in the beginning and the past are somewhat jarring. The whole thing just didn't work for me.

The narrator did a good job. I didn't care for some of her voices though.

First, it needs to be said that I received this audiobook for free in exchange for a fair review. The fact that I promised to write a review is the only reason I kept listening.

Let's start with the story. It's somewhat promising. Girl from really odd family gets sent off to an odder school that she thinks she chose for herself. Once there, she finds that things aren't what they seem. Nice premise right? Perhaps in another author's hands.

We start off with the protaganists life at the school, but clumsily jump backward to her life at home several times before moving the plot forward. It's very confusing, and the narrator's reading style doesn't help the situation.

For me, there was no real interest in the story or where it was going until shortly after the 2 hour mark. At that point the author drops something in that clicks with one of her clumsy flashbacks to draw out a little intrigue. I perked up, thinking this story was going places! Sadly, it did not. More of the same for hours on end with no real progress.

Our heroine is annoying, dislikable, and frankly, quite dumb. The author writes in several moments when she "swallows a courage pill" to do something, except she really does nothing in the end. She blunders into situations with no idea on how to proceed and usually ends up getting the short end of the stick. Zero intelligence. Zero likability.

Likewise, the characters surrounding our protagonist are boring, 1-dimensional, and with the similar voices the narrator uses, they sound enough alike to be the same (they certainly don't really have any distinguishing characteristics).

The author certainly spends a lot of time on repetetive description of the surroundings though. See how long it takes to get sick of hearing "the dim-lit hall" or "the castle-like mansion".

Speaking of the narrator... Sometimes a good narrator can save a bad story. Others, a bad narrator can ruin a good story. Sadly, in this case, the narrator was equally matched to the storyteller. As the characters in this story are just about all female (heck, only one male even gets a name, the other is constantly referred to as "him"), that's generally all we get to hear from the narrator. Those voices boil down to airily haughty or idiotically whiney. There's really no in-between.

The narrator also completely fails at getting tone across. There are scenes that should clearly (by the author's own description) be read in a specific way that the narrator just reads in her usual over-dramatic and/or whiney style. It makes following the story even harder than it already is. She also has an annoying habit of "ending" a sentence partway through with her tone, only to continue the sentence a pause or two later. It completely throws off the flow.

Back to the plot -- it did have promise after-all -- it suffers heavily due to the writer. As I mentioned, we get treated to exposition of the same repetitive actions the protagonist takes (as well as long drawn out inner monologues), but when it comes time to move the story along? Nope, forget about any real clever development there. Those crucial moments, when an event in the story should devliver an A-HA! moment are completely absent. In their place, the author simply lays out the details. Curious what's going on here? Well, let me explain. "Oh. OK, thanks".

At this point, there's really no need to continue listening. As I said however, I was beholden. Should you make it past the "revelations" in the tale, you'll, sadly, be rewarded with an ending that makes you want to throw things (sadly, it's an audiobook, so you can't throw it unless you wish to damage your device) -- and THEN want to throw things AGAIN! I don't want to spoil it for those who do wish to give the story a full listen, but I'll just say that the one redeeming factor is that it just might help explain why the story sucked.

Sadly, this book was so bad that I likely would not have made it far enough to leave a real review. Since I did, hopefully some of what I said will help VLZ further develop her craft. I don't think I'd listen to anything else from this author (not even for free), though I do hope she improves if she intends to continue writing.

could have been better with different narrator

I think this book had promise the narrator had a sweet voice she just didn't change it to play the different people so it just didn't have the important factors. I feel bad for the author if she can have someone else read this I think it will work. I received this book from the author, publisher and or narrator for a honest review and unbiased options via audio book boom dot com

I'VE TRIED TWICE NOW TO LISTEN TO THIS AUDIO BUT I CAN'T SEEM TO GET INTO IT. I FIND IT WEIRD AND HARD TO KEEP INTERESTED.

Good Book - Stick With It!

In the beginning, I found the author was jumping back and forth between the present and the past which had me a little confused and losing interest but she manages to work that out and soon had me intrigued. There are plenty of twists and turns to keep you guessing as well as plot changes. The characters are well written, developed and interesting. The author kept the story moving along and did not become stagnant with it.

Tricia De Sandro did a good job with her performance of this story. Personally, I feel if she had changed her voice for each of the female characters it would have made them more easily distinguishable from one another. Other than that, she had good pace and timing. Her performance was not the best I have heard but certainly not he worst either.

Personally, I do not like to write negative reviews towards a book as I know I could not do half as well as these authors and narrators do. However, since I am compelled to give an honest review the above reflects how I felt about the story. I disagree with some of the extremely negative reviews because in my opinion the book is not as bad as they stated. However, everyone has an opinion, I just feel that this was a good book if you stick it out until the end.

I really enjoyed this book. I felt it started a little disjointed but soon I was intrigued and ready to find out what was going to happen next. I really liked Jennifer and thought she was a well developed character. I connected to the awful way she was treated as a child and wanted so much for her to find freedom from the rules and stifling environment she was raised in. Kale university seemed to be just as strict though. I liked the pace of the story, the twists and turns of suspense and intense way things played out. Some parts were somewhat predictable but not so much that it took away from my enjoyment of the book. This book was gifted to me by the author for an honest review. I am grateful for the gift since it turned out to be a really good, interesting and exciting book that I would recommend to anyone who enjoys this type of story.

I received a free copy of this book and voluntarily decided to review."