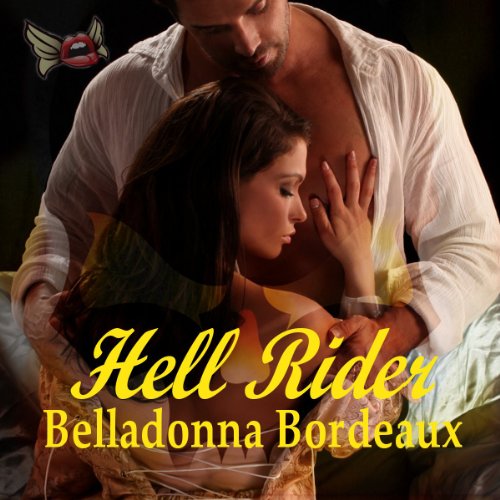 By: Belladonna Bordeaux
Narrated by: Kevin Giffin
Try for $0.00

Jocelyn Thatcher is a humble dressmaker's apprentice determined to not go down the road of prostitution, as her own mother did. Thwarting her sensible plans for a decent vocation are the lurid sexual fantasies that have begun to plague her hours. Those naughty little secrets lead her to a devastating truth - she's half fay.

Lucius Domintius Stanton has served Satan for nearly three millennia. He's a Hell Rider - the living, breathing visage of death. Along with the other three Riders, he collects the tainted souls destined for hell. His world is tilted on its ear when he meets Jocelyn. Turn her over to the Hellfire Club or keep her for his own? A brief interview with Satan will set the course. His lust for Jocelyn might just kill her.

What listeners say about Hell Rider