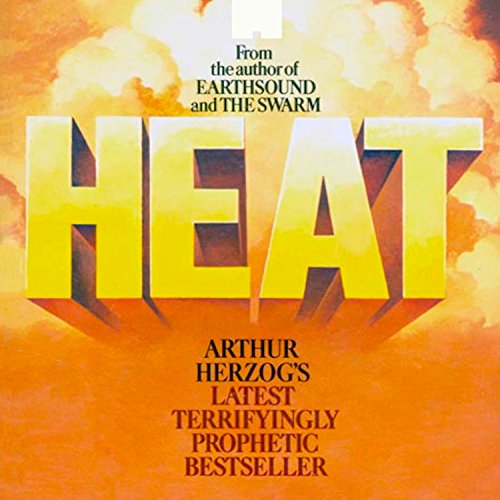 By: Arthur Herzog
Narrated by: Kenneth Campbell
Free with a 30-day trial

With uncanny skill, Arthur Herzog, best-selling author of The Swarm and Earthsound has blended fiction and fact into a terrifying and highly plausible story of the near future: a time when tensions mount as ecological doom beckons.

Lawrence Pick, engineer, gathers startling evidence that the worlds weather may be rapidly changing, as a prelude to a fundamental alteration in global climate. In a secret underground laboratory, he and a team of equally skilled scientists learn that the level of carbon dioxide in the atmosphere, largely due to the overuse of energy, will ascend to the point where no living thing can survive. Picks predictions become a reality as freakish weather conditions prevail: extraordinary tornados and hurricanes, droughts, violent hailstorms, and windstorms and savage waterspouts. Condition Green is no longer a theory as destruction runs rampant, but still neither the U.S. Government nor the people will listen. Too late, the result of mans indifference is everywherewith only one hope for survival.

What listeners say about Heat

Heat - Global warming with a solution

What made the experience of listening to Heat the most enjoyable?

That Arthur Herzog perdicted global warming in the 1970s

What other book might you compare Heat to and why?

All of Arthur Herzog's books

What does Kenneth Campbell bring to the story that you wouldn’t experience if you just read the book?

Arthur not only was psychic but that combined with his interviewing every scientist on the subject of Global Warming, makes this book a MUST READ.

Action all the Way as the Earth Heats up

Would you listen to Heat again? Why?

Yes....would like to compare his insight to what the future is bringing us

What was one of the most memorable moments of Heat?

When the Government gets caught in a cover up to hide the truth.

What does Kenneth Campbell bring to the story that you wouldn’t experience if you just read the book?