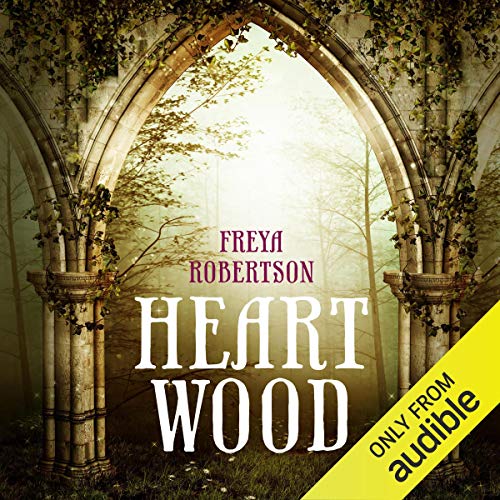 By: Freya Robertson
Narrated by: Barnaby Edwards
Try for $0.00

Chonrad, Lord of Barle, comes to the fortified temple of Heartwood for the Congressus peace talks, which Heartwood’s holy knights have called in an attempt to stave off war in Anguis. But the Arbor, Heartwood’s holy tree, is failing, and because the land and its people are one, it is imperative the nations try to make peace.

Freya is a lifelong fan of science fiction and fantasy, as well as a dedicated gamer. She has a deep and abiding fascination for the history and archaeology of the middle ages and spent many hours as a teenager writing out notecards detailing the battles of the Wars of the Roses, or moping around museums looking at ancient skeletons, bits of rusted iron and broken pots. She also has an impressive track record, having published over twenty romance novels under her pseudonym, Serenity Woods.

What listeners say about Heartwood

I couldn’t get past the first few minutes. Maybe the narrator was better than I can say because the book was so terrible it was hard to hear him say how the main guy sexualized his fellow knight instead of recognized her for her skills. When a book opens like with such premises as visible curves under the armor, I just can’t.

Fantastic idea with female nights but shame on this author for making them less valuable because of their gender. Puke emoji

Interesting fantasy story.
I have no complaints. It didn't blow my mind.
You do have to pay attention to keep the multilayered story straight.

If you are an expert at keeping track of an abundance of details, this is the book for you. However, I found it very difficult to keep the story line connected to the correct characters. There’s a lot going on. Each part could almost have been its own book.