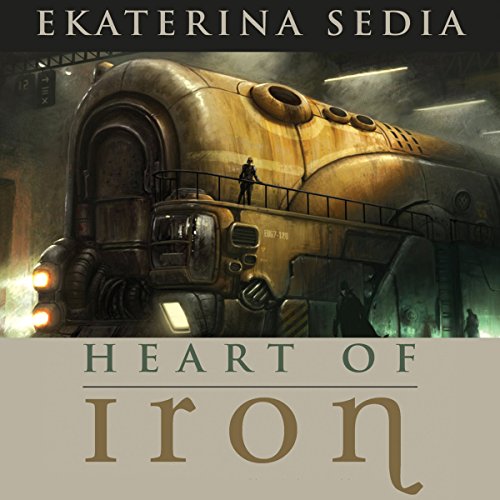 By: Ekaterina Sedia
Narrated by: Caroline Shaffer
Try for $0.00

In a Russia where the Decembrists’ rebellion was successful and the Trans-Siberian railroad was completed before 1854, Sasha Trubetskaya wants nothing more than to have a decent debut ball in St. Petersburg. But her aunt’s feud with the emperor lands Sasha at university, where she becomes one of its first female students - an experiment, she suspects, designed more to prove female unsuitability for such pursuits than offer them education. The pressure intensifies when Sasha’s only friends - Chinese students - start disappearing, and she begins to realize that her new British companion, Jack, has bigger secrets than she can imagine! Sasha and Jack find themselves trying to stop a war brewing between the three empires. The only place they can turn to for help is the Heavenly Kingdom of Great Peace, newly founded by the Taiping rebels. Pursued by the terrifying Dame Florence Nightingale of the British Secret Service, Sasha and Jack escape across Siberia via train to China. Sasha discovers that Jack is not quite the person she thought he was...but then again, neither is she.

What listeners say about Heart of Iron