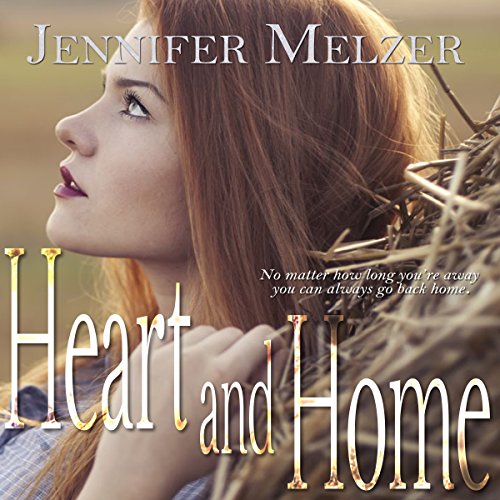 By: Jennifer Melzer
Narrated by: Sarah Pavelec
Try for $0.00

When reporter Janice McCarty left the small town of Sonesville after graduating high school, she vowed never to return. A late night phone call eight years later and she has no choice but to go back to lay her mother to rest.

Feeling out of place in the town she once called home, and adamant about returning to the big city as soon as possible, Janice's life is further complicated by former football star, Troy Kepner, who seems to show up every time she needs a knight in shining armor. Like her, Troy knows what it's like to have big dreams. He sacrificed everything to run the family farm after his dad died. Now he's got his sights set on the girl who got away.

And just when she thought it couldn't get any more complicated, her mother's restless spirit leads Janice down a path she swore she'd never take, and Chandra McCarty's ghost has no intention of letting go until her daughter finally sees she's more than just a byline, and home is where the heart is.

What listeners say about Heart and Home

Could not stop listening!

The narrator (Sarah Pavelec) did a wonderful job voicing all the different characters, each character was distinctive and I really enjoyed hearing them all come to life. Sarah's voice captured every expression perfectly and I look forward to listening to more of her books. The story itself was great, it had so many different elements, romance, re developing friendships, the mentality that you can always go home again, and even mystical elements and Jennifer tied it together very nicely. I really felt I knew these characters by the end and would love for their story to continue. Great job by author and narrator!

What made the experience of listening to Heart and Home the most enjoyable?

Okay, here we go.... Yes, I knew this book was well outside of my genre when I bought it, and No, I normally don’t read romance. With that said, every once in a while I will read something that I normally wouldn’t, and each time I do I find myself pleasantly surprised by not only the story, but the writing as well. Jennifer’s Heart and Home was no exception. Now I’m not saying it made me want to read more romance novels, but I do have to say that Heart and Home is one well written story, that I thoroughly enjoyed from start to finish. I have this on my Kindle, but I chose to listen to the audio version when it came out. Nowadays I listen to more books than I read, and this narrator (Sarah Pavelec) rocked this book! An all around good package.

Sarah was awesome, couldn't ask for a better voice for this story.