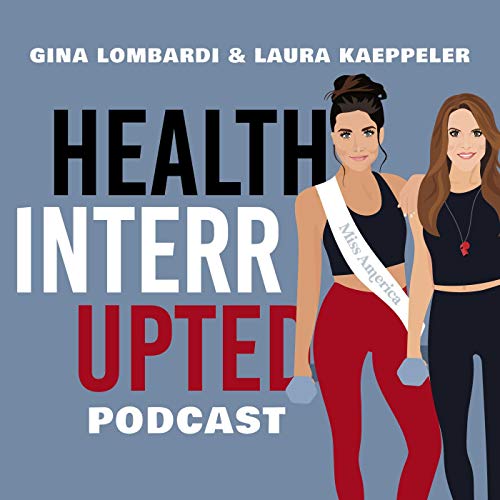 What listeners say about Health Interrupted

This podcast I'd soo necessary right now as all our health have been interrupted during this pandemic.

I am loving this podcast and these ladies! It’s like sitting in on an honest conversation with girlfriends. It is sometimes hard for women to see that our feelings of imperfection are shared by those that we believe have none. This was an uplifting podcast. I am definitely a fan. It will become a part of my daily podcast listening.

Love the Podcast! These lovely ladies make getting healthy fun! They are also very realistic on how they approach everyones unique health interrupted story. This show is for everyone not matter what age you are!

I cannot wait to hear more!

Gina has been my trainer in the past. Her personalized plan took me from 160 lbs to 130 lbs! I have more energy, more happiness, better skin... and a better wardrobe. 🙂 She truly cares about her clients and is a genius at her work!
I am so excited to have these two women keep me on track in my super busy life through this podcast!! 😁😍