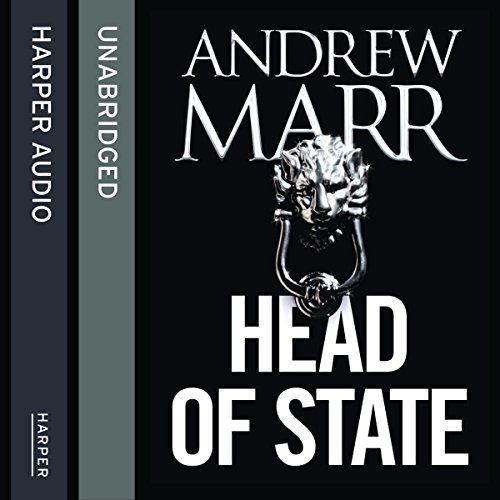 Two corpses. A country on the edge of a political precipice. A conspiracy so bold it would make Machiavelli wince. Andrew Marr's debut novel imagines what really might be going on behind the door of 10 Downing Street.

When a young investigative reporter is found dead on the streets of London few people notice. But when another body - minus its head and hands - is washed up on the banks of the Thames, its grisly condition arouses a little more interest. There appears to be no connection between the two dead men. But, unsuspected by the electorate, there is a shocking and dangerous secret at the very heart of government. While the United Kingdom approaches a crucial and delicately balanced referendum on Europe, a group of ruthlessly determined individuals will stop at nothing - including murder - to prevent the truth from getting out.

Andrew Marr's first novel is a gleefully twisted spin through the corridors of power. Making full use of his unrivalled inside knowledge of the British political scene, Marr has threaded his wickedly clever thriller with a distinctive strand of pitch-black humour, to offer an irreverent glimpse behind the parliamentary curtain.

Praise for Andrew Marr:
"Superb, colourful, outspoken, fresh and richly entertaining. Don't miss" ( The Times)
"Lively, full of rich anecdotes and sparkling pen portraits. He has the rare gift of being able to explain complex issues in a few crisp sentences." ( Sunday Telegraph)
"A clever and compelling book." ( Daily Telegraph)

I wish I had not started this book, but it was so unbelievable that I had to finish it to discover how much worse it could get. I was not disappointed. Andrew Marr should stick to his day job

The narration wasnt very good, Steven Crossley has a good natural voice for narration but he uses a different voice for each character which becomes extremely grating and doesnt help in the light of Mr Marr's 'many' characters.

What was most disappointing about Andrew Marr’s story?

As well as a story that defies belief, there are just too many characters and I found it difficult to follow the plot through characterisation. It was hard to remember what a character had previously done in the earlier pages - unless you made notes of course!

The King of course - Sean Barrett, although I think even he would have struggled to breath life into such a poor story.

What character would you cut from Head of State?

I do wonder if this book would have been published without Andrew Marr's name on it. I do admire the mans political intellect and insight, but fiction is a different beast and this is not a good attempt in my opinion.

This book is almost too awful for words.

I think Andrew Marr has put me off books for ever. I can't put myself through the ordeal of ploughing through turgid rubbish like this ever again. I am giving up on books and am taking up jam making,

Anyone! Jimmy Krankie would have been marginally less irritating and considerably more convincing.

If you could play editor, what scene or scenes would you have cut from Head of State?

The plot is utterly ludicrous. The narrator is the man of a thousand voices but each of them is as annoying as the last. Apart from the terrible plot and the annoying narration I enjoyed it enormously.

Such a disappointment. The prose was unnecessarily rambling and tedious. I couldnt finish it, i just lost interest.

Might not be what you expect but it is a good slightly silly ride and performed well. Would recommend but be warned, this is quite a change of pace from Mr Marr

A recognisable reality twisted to make an excellent story. Told with great humour and pace

The basis for the story is a strong idea and the pacing is consistent throughout.

The gags are bawdy and the delivery a bit cheesy.

I enjoy Andrew Marr's political comment so his novel "Head of State" had me both gripped and entertained. There is one passage where he asks the rhetorical question "How could all this possibly happen?" And his answer comes close to biting satire.

Great story made better by the immaculate coupling of Marr and Crossley. A must hear.