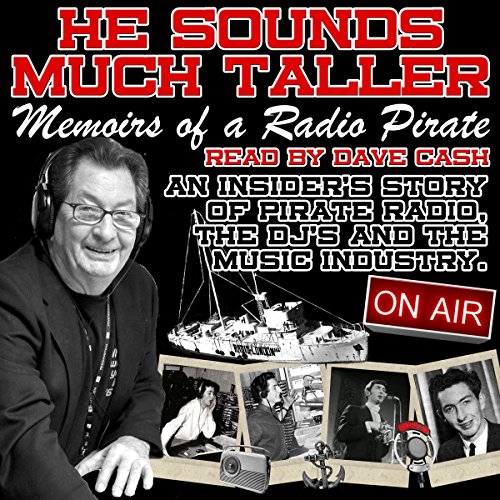 He Sounds Much Taller

He Sounds Much Taller

Enjoy the late Dave Cash and his silky smooth voice as he takes you on a trip down memory lane, where two fingers were raised to the establishment and history was made. Dave was part of the first real British Pirate Radio station, where he was treated like a pop star, dabbled with drugs and lived a life far richer in experience than most. Once onboard, Cash partnered with Kenny Everett for the Kenny & Cash Show, one of the most successful of all pirate radio programmes. Listen as he sheds light on some of history's more fascinating and controversial times with his firsthand account of the events that inspired the 2009 film The Boat That Rocked. Enjoy a story like no other from a man who pushed boundaries to their very limits, a true radio rebel. In more recent years Dave Cash worked for BBC Radio Kent, having had previous spells at Radio London, BBC Radio 1, Capital Radio, Country 1035 and PrimeTime Radio. He even found his way in TV and film, hosting a few episodes of the BBC TV series Top of the Pops and appearing as himself in the cult hit Quadrophenia, among other films. Unfortunately Cash died suddenly on 21 October 2016, aged 74, putting an end to the remarkable life of a remarkable man.