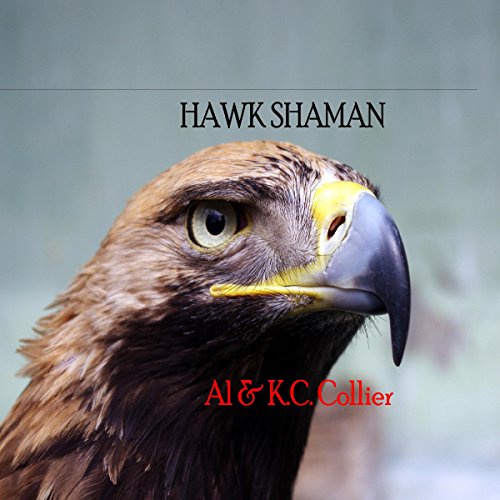 Tia and her brother have been asked to leave their village to find their father's long lost friend, TaTisho. As they near the village of TaLequa, they are trapped on a dangerous island where death awaits them.

A young man, Ky, seeks to be the next shaman for the village but must risk a life of secrets and betrayal. He reaches out with both a helping hand and an open heart to save Tia and her brother. He needs a wife to become the shaman, but as he returns to the village, he learns another young leader has decided he, too, wants Tia for his wife. A third youth makes it clear he is willing to kill Ky and Tia to become the next shaman.

Only a lifelong secret of a great truth can save them, yet TaTisho seems to block Ky at every turn. The story is based on two Mound Builder legends. Some descriptions of sex.

I liked Hawk Shaman the best out of all the books so far - The plot was well thought out and keeps ones attention to the very last.

The narrator is talented and does a great job throughout!

I am hoping that they make an audio of Prisoner of Time - I like this author.

Ky is charismatic n this story takes u in an awesome adventure. Enjoyed this book!