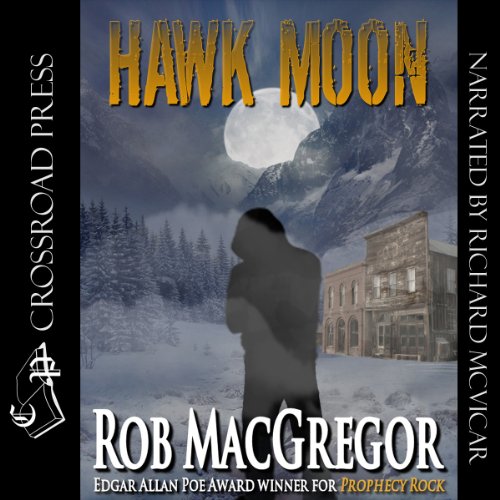 By: Rob MacGregor
Narrated by: Rich McVicar
Free with a 30-day trial

Now that he's back in Aspen, Colorado, Will Lansa feels like an outsider after spending the summer with his father on the Hopi reservation in Arizona. He breaks up with his girlfriend Myra, and then becomes the last person known to have seen her alive. When a missing knife is discovered with blood on the blade and traces of a drug on the handle, Will is suspected of committing the murder. His only allies are a computer hacker and a Hopi spirit who visits Will in his dreams. Haunted by visions of Myra's death, Will won't rest until he proves his innocence and finds Myra's murderer.

What listeners say about Hawk Moon

Enjoyed the story and the plot of visions with a Hopi Spirit that help guide him to the truth. His father is Chief of police, and for a teenager be charged. with the crime, steaming from the fact it was his knife. He was young could tell from his hesitation to answer questions, still he wanted the truth Given audio and good narration for my voluntary review and my honest opinion

A bit of mysticism

I enjoyed the Hopi aspects of the story and the first half. The last third of the story didn't really seem to fit the earlier parts and became unnecessarily drawn out. But I really loved the mysticism.