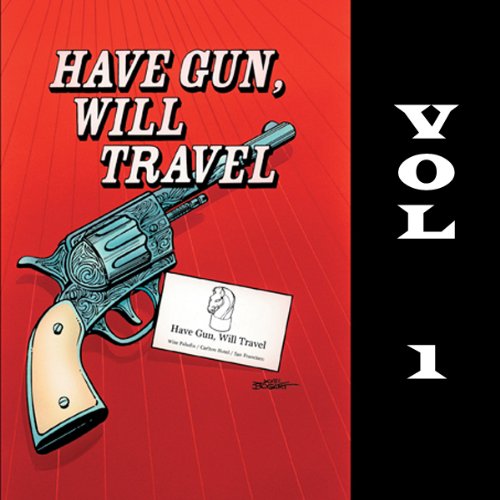 Have Gun - Will Travel was already a hit on television when it made its CBS Radio debut in in 1958. John Dehner starred as the mysterious, cultured gunfighter known only as Paladin. He lived in a San Francisco hotel, dressed in black, left calling cards, and used the chess knight as his symbol. More than 100 episodes were broadcast before the program went off the air in 1960. This collection features six episodes of the classic series:

What listeners say about Have Gun - Will Travel, Vol. 1