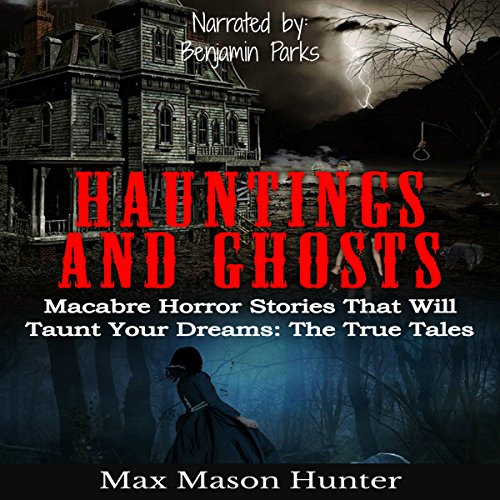 By: Max Mason Hunter
Narrated by: Benjamin Parks
Try for $0.00

Scotland as a country has more than its fair share of ghost stories. It is difficult to move to any part of the country that does not have a number of tales of ghostly apparitions, poltergeist activity, and so much more.

Exactly why it is like this is hardly a surprise. Just take one look at the buildings and weather mixed in with its general history, and you'll quickly come to an understanding as to why this country is regarded as being one of the most haunted in the world.

To help showcase this, we are going to look at a number of ghost stories from across the country. Some you may have heard of. Others will be brand new, but each of them will be capable of giving you some idea of just how spooky this world can be.

Do you dare to continue and uncover some of the most macabre tales to emerge from this dark country? Do you dare to encounter spirits from the other side? Some will haunt your mind, others will draw pity and empathy from you along with a hatred for others.

Here is a preview of what's inside....

What listeners say about Hauntings and Ghosts

The stories are extremely entertaining. Unfortunately, listening to the narrator isn't. leave the creepiness to the stories instead of trying to make the voice creepy too. It fails. Horribly.