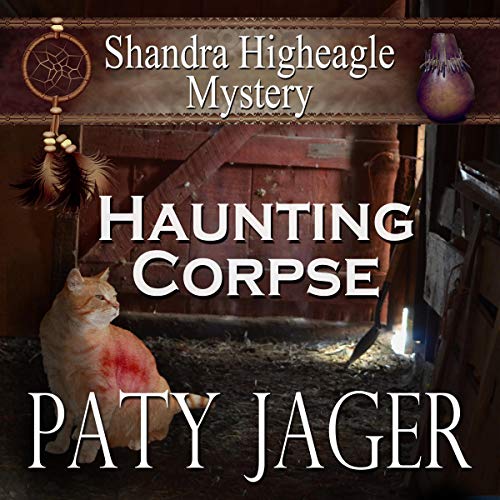 By: Paty Jager
Narrated by: Ann M. Thompson
Free with a 30-day trial

A runaway bride, murder, and arson have Shandra Higheagle sleuthing again. Sorting through the debris of her best friend’s childhood, Shandra believes she must solve the murder before her friend becomes the next victim.

Stumbling upon a dead body, Detective Ryan Greer is determined to bring the killer to justice before Shandra becomes too entangled in her friend’s dysfunctional past. He could be too late. Her deceased grandmother has already visited her dreams, putting Shandra in the middle of his investigation and danger.

What listeners say about Haunting Corpse

Great book. The characters were fantastic. The story was fast paced and kept me guessing through out the book who the killer was. This was my first book by this author and i will definitely read more in this series. Th narrator did an excellent job. \I received this audiobook at no-cost from Audiobookworm Promotions. The gifting of this audiobook did not affect my opinion of it.