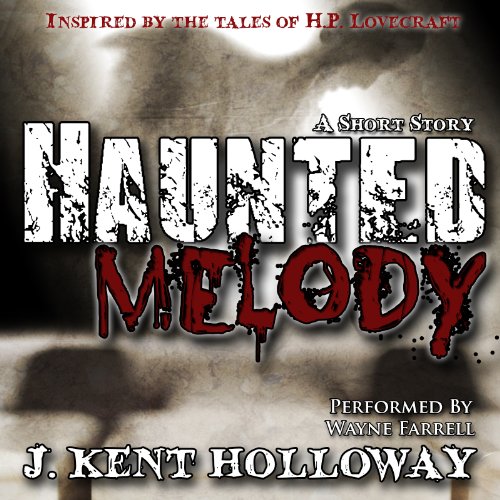 By: J. Kent Holloway
Narrated by: Wayne Farrell
Free with a 30-day trial

The piano was a gift, a symbol of enduring love, but from the moment she began playing it, Melody's nights became filled with terrifying visions.

Visions of an ancient city in ruins where the streets run red with blood and winged creatures watch lustfully from high above.

Visions of murder, betrayal, and madness.

She knows that her night terrors are inextricably entangled with the piano and its troubling history, but she must keep playing...searching for that one melody that will quiet the haunting voice that threatens her very sanity.

What listeners say about Haunted Melody

This was such a good short story, spooky but good. The only negative thing about it is that it's a short story, you want to listen to more. Wayne Farrell does such a terrific job of making the storytelling haunting that I really didn't know what to expect and was on the edge of my seat.

I am so glad that I chose the audio version of this chilling tale. This was truly the best match between narration and story that I have heard. The story itself was creepy, and the narrator's voice made it even more so. I could not stop listening and finally parked my car to hear the rest. I wish it had been longer because I sure was not ready for the experience to be over!