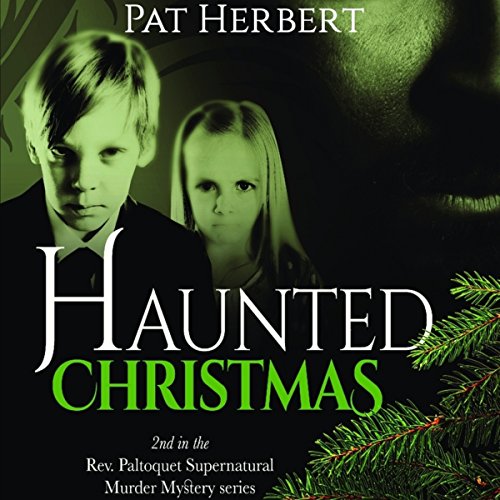 By: Pat Herbert
Narrated by: Angus Freathy
Try for $0.00

The Reverend Bernard Paltoquet and his new friend Dr. Robbie MacTavish go on a tour of Europe shortly after the war and encounter a mystery in a Bergen forest.

Just why are the ghosts of two little children haunting a fir tree there and how can the two friends help uncover the mystery surrounding their deaths?

The following Christmas that very tree turns up in the village hall and the ghosts of the children with it. It seems they will not rest until their murderer has been brought to justice and only Bernard and Robbie can help. But, as luck would have it, a new patient of the doctor, Dorothy Plunkett, turns out to be clairvoyant, and so they set about solving the mystery together.

It is Christmas 1948: the village hall is celebrating, but the ghosts of two little children are haunting the Christmas tree and their restless spirits cast a cloud over proceedings....

Titles in the Reverend Paltoquet Mystery Series are:

What listeners say about Haunted Christmas