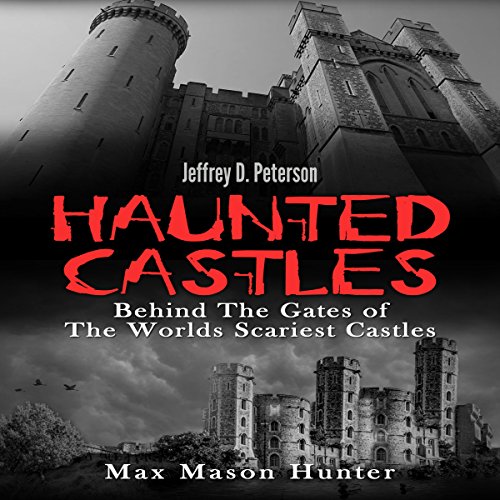 Behind the Gates of the World's Scariest Castles
By: Max Mason Hunter
Narrated by: Jeffrey D. Peterson
Length: 1 hr and 23 mins
Categories: Nonfiction, Unexplained Phenomena
5 out of 5 stars 5.0 (1 rating)

Witches, werewolves, vampires, ghosts, and ghouls, all of these things can be found in the most haunted castles in the world.

Not only are these buildings some of the oldest on the planet, but they have seen thousands of deaths, thousands of births, and thousands have lived in them over the ages. Most of the time when we think about castles, we don't think about creatures that are from beyond this world; instead, we think of glamour, happiness and an easy life.

However, life in a castle was not always as easy as we would like to make it seem. In this book, you will learn of many castles, their history, the lore, as well as haunted stories from each castle. Some of them will awe you, some of them will make you think, but all of them are sure to make you ask what is really out there.

If you are looking for a good fright, don't worry, we saved the most terrifying castle for last, one where things do not behave as they do in the rest of the world, where mirrors do not reflect what one is doing but instead, terrify even the most experienced paranormal seeker....

Get this book today!