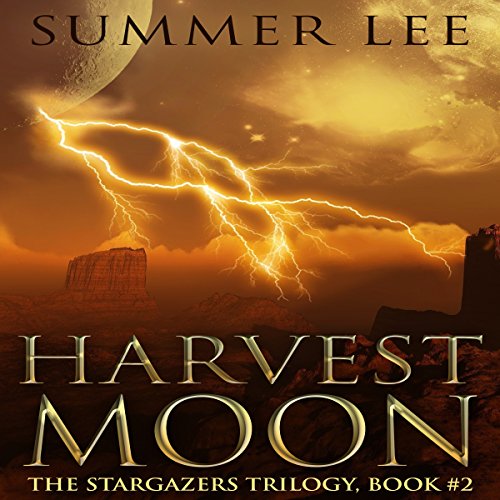 By: Summer Lee
Narrated by: Robert Grothe
Try for $0.00

The Harvest Moon is a harbinger of the end of days for Christians. As they prepare for the last days, Solomon Dancer believes that if not for Eric's prophetic dreams and sacrifice in the Middle East, the world would not still exist.

When Solomon is hired as a lunar research expert by Project Interstellar, he is the only Christian employee. On his first day, there is a break-in at the facility. He chases the intruder and his courage is hailed as heroic. Now Jeremy Ingram, project head, assigns Solomon to find and stop the saboteurs.

Solomon discovers the shocking truth at his new job, and he will have to carefully choose his path - and his allies. As Armageddon approaches, Solomon takes a leap of faith and risks everything to oppose evil. Will Solomon and God's people survive the threats to their lives as the end of the world nears?

Harvest Moon is the second novel in The Stargazers Trilogy about the impending end times on Earth by acclaimed Christian author Summer Lee.

What listeners say about Harvest Moon