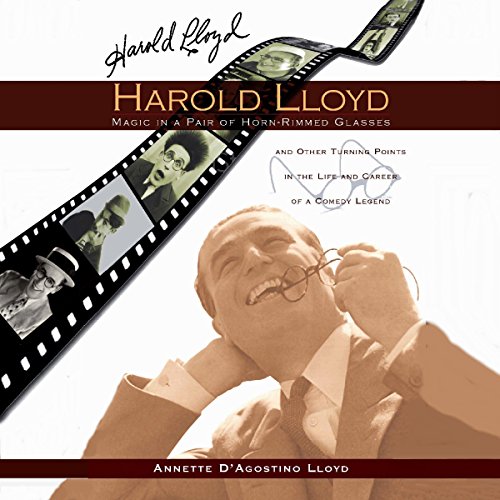 Harold Lloyd: Magic in a Pair of Horn-Rimmed Glasses

Harold Lloyd: Magic in a Pair of Horn-Rimmed Glasses

You know the films. You know the characters. You may even know the man behind the glasses. But do you really know the events and happenings that most changed Harold Lloyd? That define him? The turning points in his life and career?

From birth to death, Harold Lloyd grew and evolved because of the things that were happening around him, and he was always aware of the importance of these events. These are the turning points that fashioned the magic...the coin flip that got him to California...meeting a fellow extra at Universal by the name of Hal Roach...creating his revolutionary Glass Character...a death-defying bomb accident...patenting his legendary thrill comedies...building his Greenacres...making a too-quick leap into sound...taking perpetual control of his films...deciding to raise his granddaughter...leaving two film compilations for posterity...not allowing his films to be aired on early television...winning his Oscar.

Friends, family, and Harold Lloyd himself, together with author Annette D'Agostino Lloyd, tell the story that gives us a clear picture of this comedy legend.