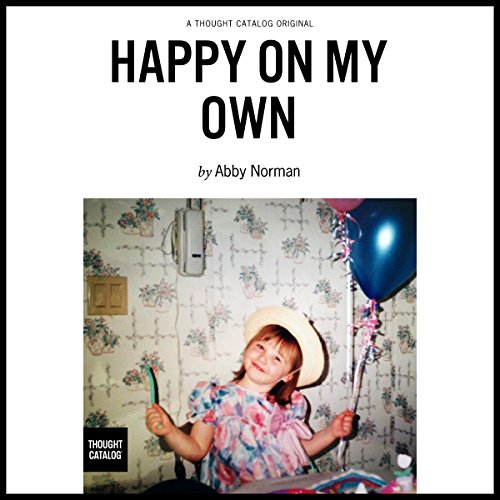 A collection of personal essays from a young girl, who may have been called normal, but was anything but. Growing up with an Autistic younger brother and a bulimic mother, Abby Norman left home at age 12 and became emancipated at age 16. Her freedom sent her on a journey of self-discovery that would take her to the streets of New York City, an alcove above a stairwell in Maine, to a doctor's office and operating rooms in several states, and finally, Abby found her home in the very hospital walls where her appendix tried to passively murder her. Living by the adage, "someday this pain will be useful to you," these essays encapsulate the story of a girl who survived by realizing that home is something inside all of us: a place of peace and prosperity.

What listeners say about Happy on My Own