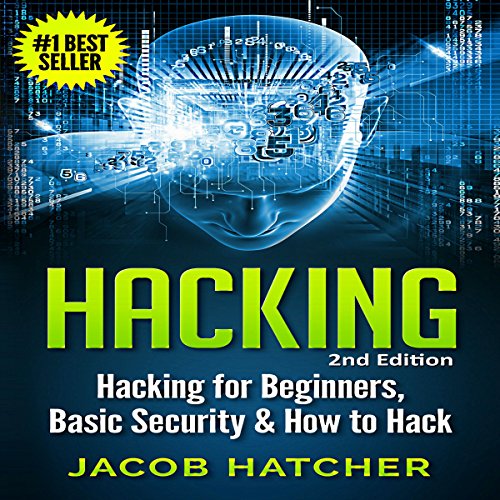 By: Jacob Hatcher
Narrated by: Luke Rounda
Try for $0.00

Hacking is a widespread problem that has compromised the records of individuals, major corporations, and even the federal government. This book lists the various ways hackers can breach the security of an individual or an organization's data and network. Its information is for learning purposes only, and the hacking techniques should not be tried because it is a crime to hack someone's personal details without his or her consent.

We all are familiar with the term hacking. Earlier hacking was just restricted to computer networks but now as the technology is getting more advanced day by day, we now get to see hacking in many more fields, and especially in smartphones.

In this book you will learn:

In the case of computer hacking, an ounce of prevention is definitely worth more than a pound of cure. Hacking attempts can be disastrous for the user's data and his system. Although this book is an introductory guide for beginners, it does give practical insights that all computer users can implement to protect their systems from hacking attempts by others. Tools and techniques are constantly changing, but the general approaches described are essentially the same over time. Act now! You won't regret having this valuable information.

What listeners say about Hacking