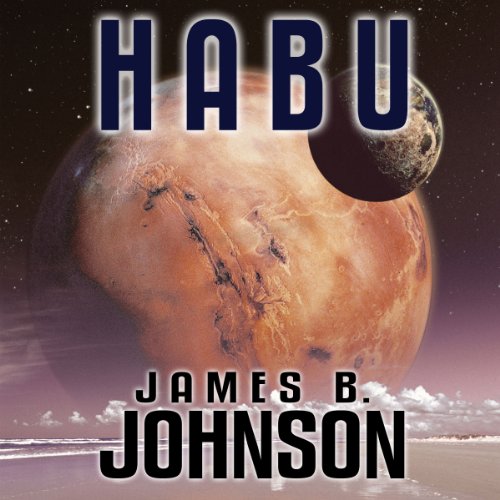 By: James B. Johnson
Narrated by: Robert Neil DeVoe

Reubin Flood, the most wanted man in the history of the Federation of Planets, is one of the few remaining survivors of “Olde Earthe,” as it's now called. He's also the most dangerous human alive, when he finds himself cornered on an agricultural planet named Snister.

Following his wife's murder, Reubin vowed to destroy the company world government; but to do so, he has to find some way of controlling the alternate personality that lurks deep in his subconscious--Habu, a primeval berserker of inhuman proportions, whose only purpose is to kill, maim, and destroy. Every major law enforcement agency in the Galaxy has been hunting “Habu” for centuries, following the massacre of another world's entire population.

As the forces gather against Reubin/Habu, each intertwined personality must learn to live with the other if they're both going to survive.

A stunning SF adventure, available for the first time in two decades! (Print edition available from the Borgo Press imprint of Wildside Press.)

I was surprised how much this story had me wanting more. If it was a book instead of an audio, I would say its a page turner! Action abounds. Suspense is around every corner. This story has adventure, action, politics, secrecy, characters of imagination, endurance, compassion, justice, it has it all. The ending....awesome.

The narration was splendid!!! It was effortless to keep the characters apart. No faltering on character changes. Narrator did a wonderful job between male and female voice changes. Clear and crisp sound too. I enjoyed listening to every minute!

This review is via a promotional copy and so glad I gave it a go. Its a classic scifi tale that will keep your attention every step of the way.