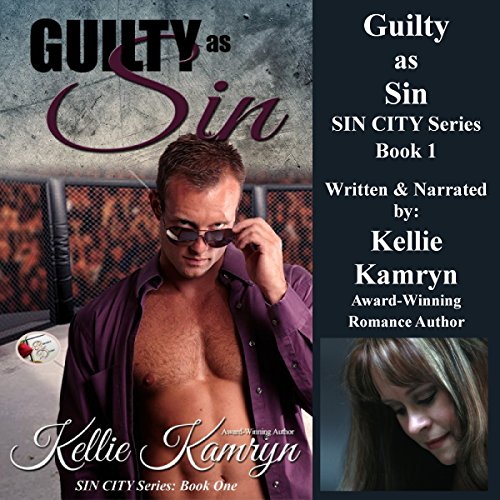 A UFC fighter caught up in the world of organized crime risks his one chance at freedom to save the woman he loves.

As a UFC fighter, Sinclair Reed aka Sinister Three always had a plan. Getting tangled up with the mob, or falling in love with a woman he can't forget, never factored into it.

After a brief affair, best-selling author Cherie Bouchard thought she'd seen the last of UFC light middleweight champ Sinister Three when they parted ways at the airport. Determined to discover if her feelings are real for Sinclair, or the result of her hopeless romantic imagination, she purchases tickets to his fight when the UFC comes to town.

As the lovers re-unite, they discover someone wants him dead, and Sinclair has 24 hours to choose between Cherie and freedom. For a smart guy like him, it should be a no-brainer. When it comes to the woman he loves, he's as guilty as sin.

What listeners say about Guilty as Sin