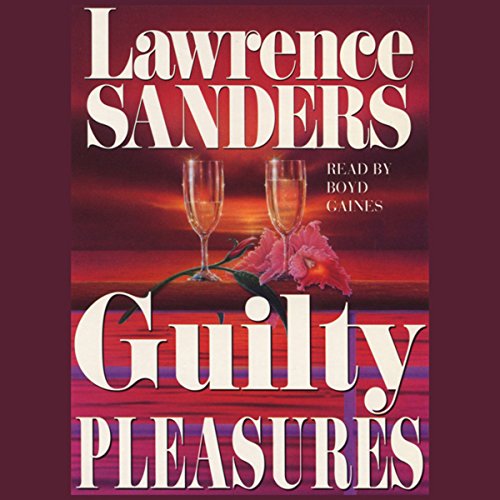 By: Lawrence Sanders
Narrated by: Boyd Gaines
Free with a 30-day trial

Only Lawrence Sanders could have created this saga of a family that breaks all the rules - both God's and man's. Moving from the '70s to the '90s, Guilty Pleasures invites listeners into the affluent arena of shocking acts and stunning revelations that is the South Florida world of the Folsby clan.

Emmet Richard Folsby: Founder of a mighty publishing empire, a patriarch to be admired - with one unspeakable exception. Constance Louise Folsby: Emmet's wife and cofounder of the empire, now an invalid dying by degrees - resolutely blind to the moral missteps of those she cares for. Barbara Ann Folsby: The wildcat daughter - a fiercely ambitious businesswoman - inexorably lured to love at its most forbidden. Brett Sherwood Folsby: The dashing playboy son, his sister's most bitter antagonist - and a man with sexual secrets of his own.

Through two decades, the Folsbys embrace their checkered destinies as Barbara and Brett battle for future control of the empire - never guessing that a trusted family friend with a hidden agenda is quietly manipulating them all. Lawrence Sanders's Guilty Pleasures flawlessly blends suspense and scandal to create a unique listening experience that jolts even as it fascinates.

What listeners say about Guilty Pleasures