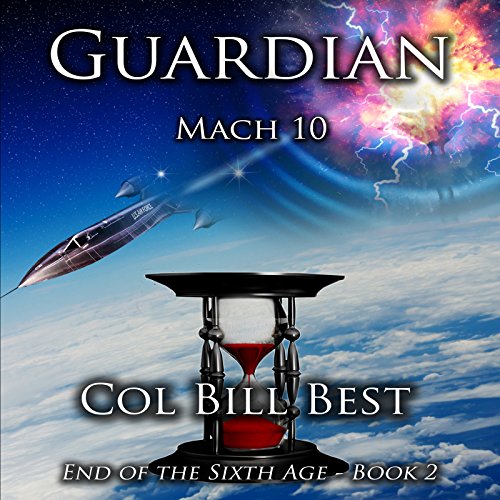 "In the world but not of it." An unlikely hero in an experimental interceptor prevents World War III but is strangely changed...forever.

In six months the top secret hypersonic interceptor would give the United States a credible antiballistic missile defense.

But Guardian isn't ready. It's inside a C-17 cargo aircraft flying over Texas, and the test pilot isn't on board.

Roger Brannon - a paraplegic former pilot - must air-launch Guardian and intercept a rogue nuclear warhead. If he fails, a million Americans will die and it could start World War III.

Can he pilot again after the terrifying mid-air collision that killed his family and crippled him? Even if he succeeds, he can't land without functioning legs. So either way, he'll join his family within an hour.

Only three shots, then a last desperate plan to implode the ion drive and release an EMP.

For Guardian and Roger, everything changes. He doesn't meet his family; he finds his destiny.

As you look around, do you wonder what's actually is going on? Where are we heading? Toward utopia, or destruction? What might soon happen that could bring about the "End of the Sixth Age"?

Buy this thought-provoking novella about the second member of a unique team that forms to hold off the ultimate evil as long as possible.

Guardian: Mach 10 is the second novella in the End of the Sixth Age Christian sci-fi series.

Way to short for the money, combine the books to make it worth the money.