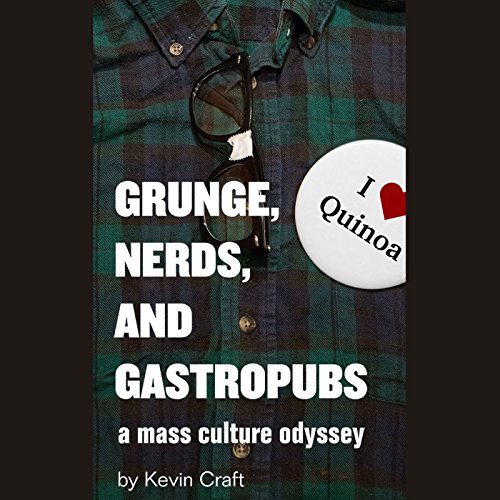 By: Kevin Craft
Narrated by: Matt Patterson
Try for $0.00

Ever wonder why glum rock à la Nirvana became popular in the immediate aftermath of the Cold War, or why gastropubs that serve organic kumquat have replaced all-American chain restaurants like Applebee’s as the trendiest dining establishments? Can the tennis rivalry between John McEnroe and Björn Borg shed light on the type of sadness inherent to success? And what’s the connection between the music of the bands Weezer and the Presidents of the United States of America? (Hint: It has to do with the difference between pretending to be nerdy and actually being nerdy.)

What listeners say about Grunge, Nerds, and Gastropubs: A Mass Culture Odyssey

Where is the Andrew Wood part??? He was mostly the main reason for the glum Seattle music scene. Think he deserves a mention.

Better than expected, entertaining and well thought out. Where the hipster culture found theirs guide lines