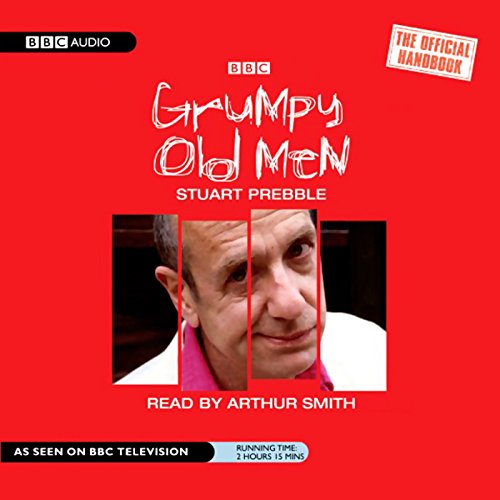 By: Stuart Prebble
Narrated by: Arthur Smith
Try for $0.00

For years they thought it was just them. Irritated and tormented by everything around them from call centres to nose studs, from speed bumps to ring tones. Then along came the BBC2 series Grumpy Old Men, and the subsequent best-selling book, and they knew they were not alone.

It turns out that 35-54 year old men are the grumpiest group of people in history. Grumpier than their parents, who were just glad to have survived the war and lived long enough to collect their pensions. Grumpier than their children, who don't care about anything except iPods and tattoos.

This audio release, by the writer of the acclaimed book and TV series, extends the hand of friendship to the young, the old, and the women who identified with Grumpy Old Men. It is now a modern movement, and its members are proud of the title. As Bob Geldof puts it, "If you aren't grumpy, it means that you are content with the world around you, and who the **** in their right mind would be?"

Presented by writer and comedian Arthur Smith, a man perfectly in tune with Stuart Prebble's grumpy mindset, this audio will leave even the grumpiest of men with a grin on his face.

I expected to be delighted by this, but was very disappointed. The reader is fine, and everything is very "audible". However, it is very tiresome. B O R I N G. A sound bite of a minute or two, played once per day for a few weeks might work. But it is way too much to expect me to listen to it in any other way.

really funny if you're of a certain age? ideal for a car journey of sat at home.... without kids present!

I bought this book because I like the "Grumpy Old Women" series; but bloody hell is this book tedious.

It might be that Stuart's words may have been better read by a person with a voice who doesn't naturally Grumpy.

I wonder if this was read by Stephen Fry or Rick Wakeman (both know how to whinge and gripe, but have more expression in their vocal range) would it make this book more tolerable...