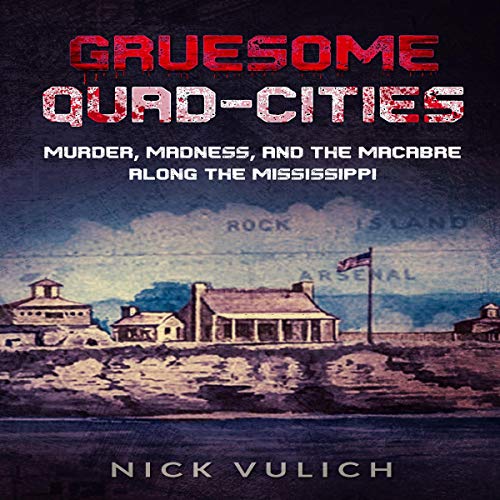 By: Nick Vulich
Narrated by: Sonny Dufault
Try for $0.00

Gruesome Quad-Cities is a collection of true-life stories, most of them rescued from old newspaper accounts published over 100 years ago. Only a few of the events in this audiobook have ever made it into print, except, maybe, in musky-old county histories. Even then, they are lucky to rate a paragraph.

Listen to them now, if you dare!

Of course, there’s more, but you get the idea. Gruesome Quad-Cities covers 16 brutal murders that occurred in Davenport, Moline, Rock Island, Bettendorf, Silvis, Muscatine, and more between 1867 and 1920.

This is book six in the Gruesome Series.

What listeners say about Gruesome Quad-Cities