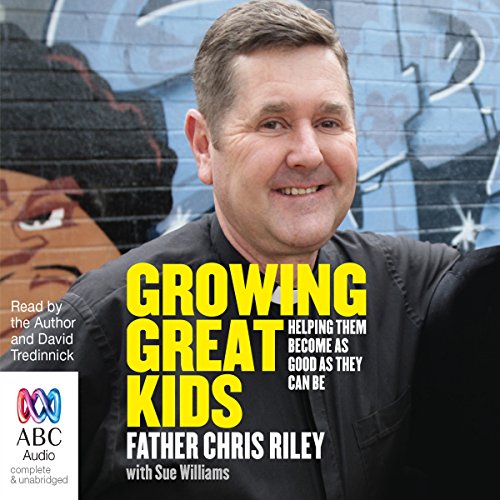 Catholic priests don't generally have children, but Australian legend Father Chris Riley has brought up about 60,000 - and they're some of the toughest kids around.

He regularly encounters some of the most troubled children on Earth - kids who have given up or refuse to talk to others, who steal, take drugs, see themselves as irredeemable failures, hate everyone and everything, self-harm, have been abused or abuse other kids, prostitute themselves, live on the streets, or have rejected anyone who's ever tried to help them. But he's nearly always managed to find a way through to them and to help them. And whilst the vast majority of Australian kids don't have the magnitude of problems he sees in his work every day, the lessons he's learnt from them are invaluable to all parents.

Growing Great Kids is the one book all parents - and their kids - should have on their shelves. It will prove a priceless guide through the maze of childhood and adolescence for both parents and their children and, with so many real life stories to tug on the heart-strings, the kind of gripping listen no one will be able to put down.