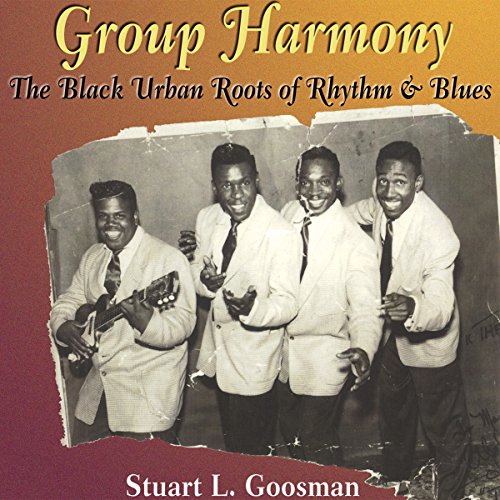 By: Stuart L. Goosman
Narrated by: Armand Hutton
Try for $0.00

In 1948, the Orioles, a Baltimore-based vocal group, recorded "It's Too Soon to Know". Combining the sound of Tin Pan Alley with gospel and blues sensibilities, the Orioles saw their first hit reach #13 on the pop charts, thus introducing the nation to vocal rhythm & blues and paving the way for the most successful groups of the 1950s.

In the first scholarly treatment of this influential musical genre, Stuart Goosman chronicles the Orioles' story and that of myriad other black vocal groups in the postwar period. A few, like the Orioles, Cardinals, and Swallows from Baltimore and the Clovers from Washington, D.C., established the popularity of vocal rhythm & blues nationally. Dozens of other well-known groups (and hundreds of unknown ones) across the country cut records and performed until about 1960. Record companies initially marketed this music as rhythm & blues; today, group harmony continues to resonate for some as "doo-wop".

Focusing in particular on Baltimore and Washington and drawing significantly from oral histories, Group Harmony details the emergence of vocal rhythm & blues groups from black urban neighborhoods. Group harmony was a source of empowerment for young singers, for it provided them with a means of expression and some aspect of control over their lives where there were limited alternatives. Through group harmony, young black males celebrated and musically confounded, when they could not overcome, complex issues of race, separatism, and assimilation during the postwar period.

Group harmony also became a significant resource for the popular music industry. Goosman interviews dozens of performers, deejays, and industry professionals to examine the entrepreneurial promise of midcentury popular music and chronicle the convergence of music, place, and business, including the business of records, radio, promotion, and song writing.

Featured in the book's account of the black urban roots of rhythm & blues are the recollections of singers from groups such as the Cardinals, Clovers, Dunbar Four, Four Bars of Rhythm, Five Blue Notes, Hi Fis, Plants, Swallows, and many others, including Jimmy McPhail, a well-known Washington vocalist; Deborah Chessler, the manager and songwriter for the original Orioles; Jesse Stone, the writer and arranger from Atlantic Records; Washington radio personality Jackson Lowe; and seminal black deejays Al ("Big Boy") Jefferson, Maurice ("Hot Rod") Hulbert, and Tex Gathings.

"A must read for serious students of black music history." ( Journal of African American History)
"An important and valuable contribution to the literature of twentieth-century popular music." ( American Historical Review)
"A groundbreaking study." ( Popular Music and Society)

What listeners say about Group Harmony: The Black Urban Roots of Rhythm and Blues