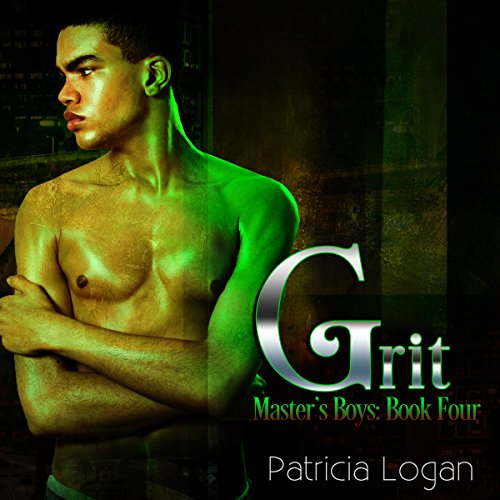 By: Patricia Logan
Narrated by: Peter B. Brooke
Try for $0.00

Grit is a kid whose run the gauntlet. Suffering tragedy at a tender age and coping with it the only way he knew how, the boy has lived a lifetime in his 18 years. Forced out of the only home he's ever known and onto the mean streets of Los Angeles, Grit must find the means to survive but does he have the will anymore?

When two unlikely heroes step into his life, Grit reluctantly accepts the safety they appear to offer. Thrust into a world where he can only observe and not participate even if he'd wanted to, Grit learns to cope with his past and his future. After all, he always lands on his feet.

A chance meeting with an incredible dominating man turns Grit's world upside down. Where Grit has always made his own rules, this Master wants to control him, and Grit's desire to please this tender-hearted man shifts his tightly controlled world on its axis. Can Grit embrace the changes in his life, and will the control of this Master lead Grit to the freedom he searches for?

What listeners say about Grit