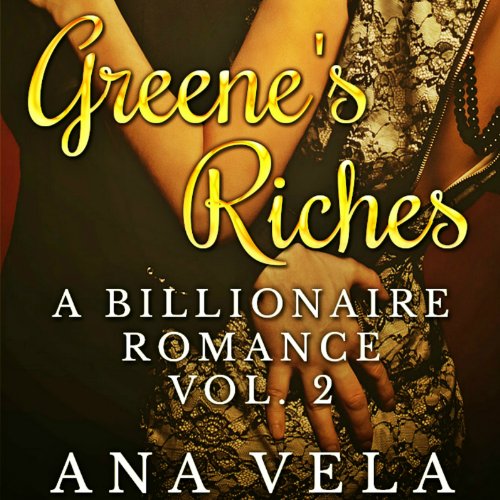 Book 2 of the Greene's Riches series!

Alexis Black is finally on her way to becoming a successful journalist - and moving to London!

After ending things with her boyfriend of over three years, she has finally decided to go travel like she has always wanted to and the magazine she works for is helping her pay for it by putting her to work.

Finding herself to be in the right place at the right time for so many events, she can see that her career will flourish on her trip, but will her love life?

After meeting Richard Greene, the Man of the Year, and finding that he has taken an interest in her, she wonders if she has finally found the electric love she's been looking for... or if she's just part of a rich man's games.

Now, Alexis and Richard are falling in love, until dangerous obstacles start popping up. From struggling with ex-boyfriends to dealing with extreme work commitments, the duo somehow grows closer and their relationship much stronger.

That is, until one dark secret is revealed - a secret that threatens to destroy everything that they have created together...

What listeners say about Greene's Riches

Ummmm... is this suppose to be erotica?

This is supposed to be erotica....b/c that is the section I found this... Let me tell you...IT WASN'T!

Both volumes have this pattern...so I give on vol 3.

This story is getting better and what an ending. On to book 3. Meghan Kelly did a great job with the narration. I received this free copy audiobook at my request and have voluntarily left this review.