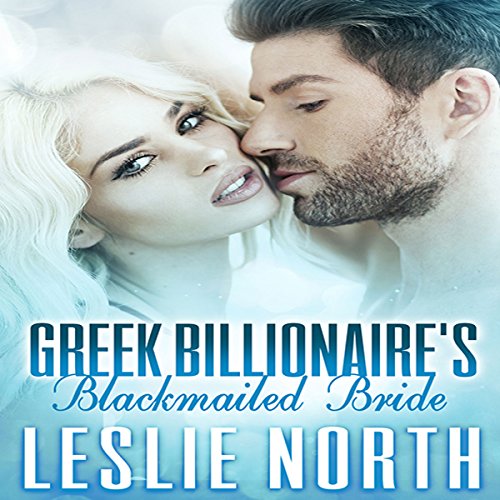 By: Leslie North
Narrated by: Jennifer Knighton
Try for $0.00

Greek banking heir Antonio Rosso is shocked when his late father leaves the beloved family villa to the one woman he never wanted to see again: Claire Bennett.

After a hot and heavy fling, things ended abruptly when she was accused of being a gold digger. But now, to hang on to the home that meant so much to his mother, Antonio will not only have to get back into the beautiful American's good graces, he'll have to convince her to marry him.

When a job brings her back to Greece, voiceover artist Claire should have guessed Antonio was behind it. With his entitled upbringing, she knows he's learned to use his money to get his way. After the way she was treated though, she wants absolutely nothing to do with him. He may be even more sinfully handsome than she remembered, but if he thinks she'll agree to a sham marriage, he has another thing coming.

Claire is determined to prove she can't be bought or sold, and Antonio needs nothing more than a temporary arrangement. But when their spark reignites, can they ever get past the ugly history between them?

I enjoyed listening this book! It was a fun, enjoyable, second chance romance. I like Claire's character. She's strong, smart, confident and independent woman. I enjoyed the banter between her and Antonio. The narration was great! Jennifer Knighton did a great job! It's my first listen from her and I'm looking forward to listening more books narrated by her.

I am just now reviewing this. But I actually listened to it back on 6/5-6/7/20. I absolutely enjoyed listening to this audiobook and I love this story!!!

This was a hot short listen. Our characters had history and it went bad for them. With them coming together for a purpose, the chemistry was off the charts for each other still. There was a part in the book, I thought there was no hope but it quickly changed for the good. I was glad to see so much about the other characters in the story and it appears they are in book 2 of the series.

I was given this free review copy audiobook at my request and have voluntarily left this review.
AudiobookObsession
AudiobooksUnleashed

Enjoyed the narration . The change in voices help to put yourself into the story. I like !y books with a little more story to it

I really had a good time listening to this audio book. Now I just need a boyfriend!

This one was a little cookie cutter for me. It was ok for a short story.

The story was good but it needs more to be great. The narrator sucks with men's voices, but that aside, she did well but could be better without the somewhat nazel sound.

This book is just average. There is no excitement or intrigue and very little romance. The narrator was terrible.

The dialogue is a bit stiff. I listened to the audio version and didn't care for the narrator at all. The plot is good and I liked the heroine but didn't really get into the hero. Happy reading!

could have been a great story

Did not care for the performer. She did not get the tone or timber of the characters voices. The men's voices were stilted without proper inflection. It really took away from the story. I also think the story ended too abruptly... needed a couple more chapters to tie everything together better.
I liked the premise of the story, just feel the author rushed to the end and left a lot of the story out that would have provided a better transition to the ending.

A great quick read of a second chance at love. A meddling father trying to right a wrong from the grave. Enjoyed it.
Narration was awesome too.