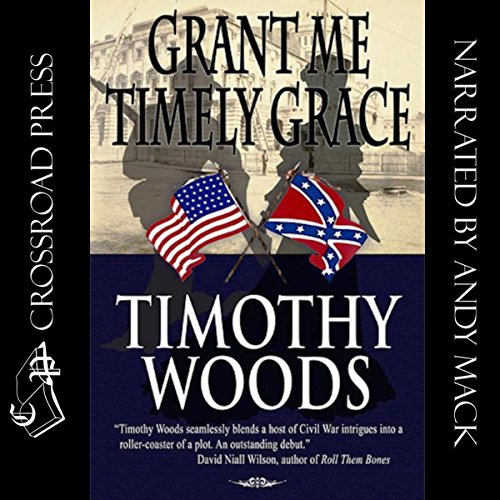 Washington, D.C., June 1863. It is the week before Gettysburg, and the nation's fate hangs in the balance.

A Union officer was not court-martialed after disobeying a direct order during battle. Why?

Major Russell Johns is being played by puppet-master Gerard Chantier, transplanted New Orleans businessman and toast of the town. Chantier hosts the city's most lavish entertainments, attended by members of Lincoln's cabinet and Washington's elite. Little do they know Gerard is coordinating an attack with Confederate general J.E.B. Stuart's cavalry to take over the city, kidnap Lincoln and bring victory to the South.

When Russell's probing brings him in contact with Chantier's daughter, Therese, he has to face his most difficult moral choice: manipulating her to get to her father or honoring the one thing that has sustained him through years of battle and loss - his own integrity.

What listeners say about Grant Me Timely Grace