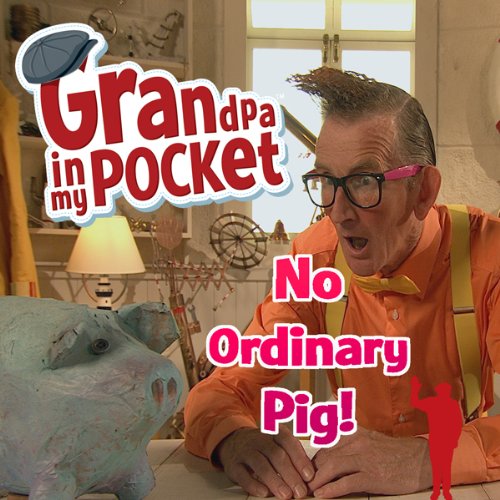 Grandpa in My Pocket: No Ordinary Pig

Grandpa in My Pocket is the three-time BAFTA-nominated CBeebies sitcom for pre-schoolers. The highest rating show on UK children’s TV, it’s captured the imaginations of fans all over the world with its tales of a mischievous Grandpa with a magic Shrinking Cap. Only his grandson, Jason Mason, knows the secret, so when Grandpa shrinks and gets into trouble, only Jason can come to the rescue.

Set in the fictional seaside town of Sunnysands, Grandpa in My Pocket is a warm-hearted comedy for all the family, starring James Bolam and newcomer Jay Ruckley.

In No Ordinary Pig, Dad has decided to have a clear out. But Grandpa, Jason, and Jemima will have none of it! Grandpa shrinks to save the family’s toys and when Mr Mentor the Inventor takes Grandpa’s old piggy bank away to turn it into something fabberdiculous, Grandpa hides inside - and all sorts of fun follows on!

What listeners say about Grandpa in My Pocket: No Ordinary Pig