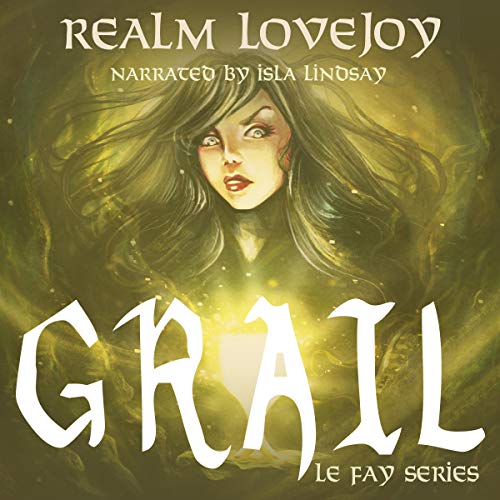 By: Realm Lovejoy
Narrated by: Isla Lindsay
Free with a 30-day trial

A hero has fallen, and darkness threatens a splintered Camelot. In the midst of turmoil, the last hope for the kingdom is Morgan le Fay. Morgan is both feared and revered...and currently in prison for treason.

In the wake of King Uther’s tragic death, the wicked Mordred is closing in on young King Arthur, and the boy king turns to Morgan for help. Freed from her imprisonment through his order, Morgan searches for a way to protect him. But she is still an outcast, and no one believes her suspicions about Mordred.

To save King Arthur, Morgan must reach the greatest Royal Relic in the world - the Grail - before Mordred does. It’s a journey that will challenge her in ways she’s never been challenged before. Traveling deep into a land of darkness, she will need to overcome the ghosts of her past to find her true power.

Can Morgan defeat Mordred and save King Arthur? And this time, can she defend Camelot without destroying herself? In this third book in the Le Fay series, author Realm Lovejoy reveals secrets from the past as Morgan’s epic journey unfolds.

What listeners say about Grail